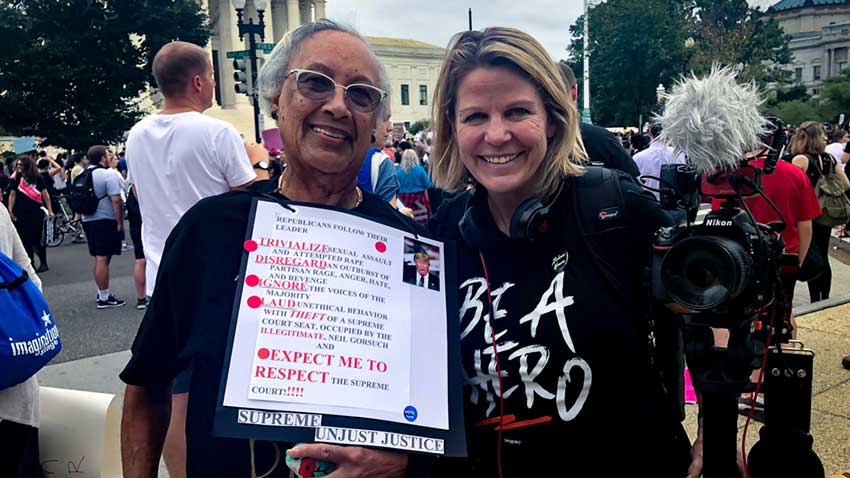 The loss of the first female presidential candidate to a misogynist candidate prompted producer/director Cheryl Jacobs “CJ” Crim to examine the repercussions of the 2016 Presidential election from a woman's perspective in RESISTERHOOD. The longtime producer, director and editor of television documentaries follows six diverse activists whose work went into overdrive after the 2016 election to ensure women and LGBTQ+ don't lose their civil rights by motivating others to join in the fight.

The title, RESISTERHOOD, was inspired from the term "sisterhood" and "resistance" according to the director.

"It's this sisterhood resisting but what are we resisting?" says the director in her feature film debut. "We're resisting this president or this movement that's so negative. So divisive! Women tend to bring people together and be caregivers so we're finally like 'enough.'"

The demographics of Trump voters shocked CJ. Over 53% of white women voted for Donald Trump, the man who admitted to grabbing women's private parts without their permission. "Who are these women?" she asked herself.

RESISTERHOOD traces the history of the women's movement back to the suffragist in the mid-19th century. One of her subjects, Dr. Jean Gearon, Ph.D., (The Organizer) is the great-granddaughter of a suffragist who walked in the original women's march in 1913. She shares some of her great grandmother's history in the movement. Gearon, a psychologist became an organizer when Trump was elected. She turned her book club of eight members to a 400+ organization called the Women’s Alliance for Democracy and Justice. 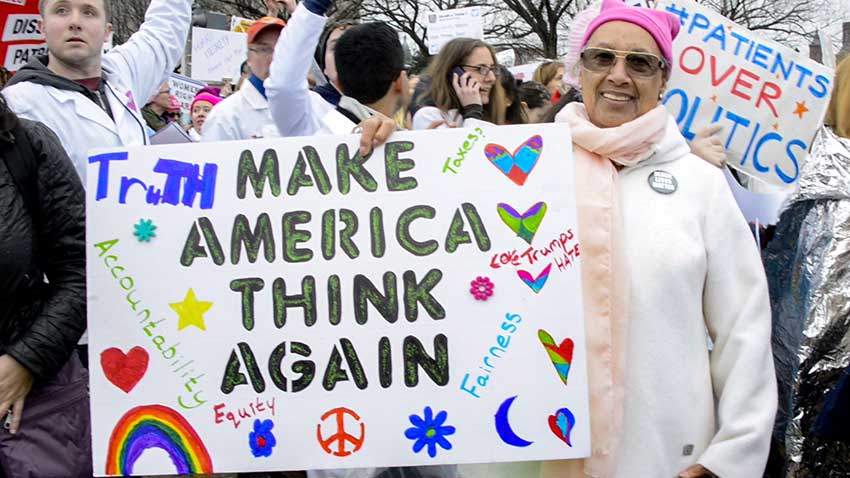 CJ also met another original protestor but in the civil rights fight. Margaret Morrison was part of the march from Selma to Montgomery in 1965, and now 84-years-old is still marching with her Black Lives Matter badge, her pink pussy hat and protest sign, "Make America Think Again." "She's an inspiration to me. She's definitely a national treasure," says the director. 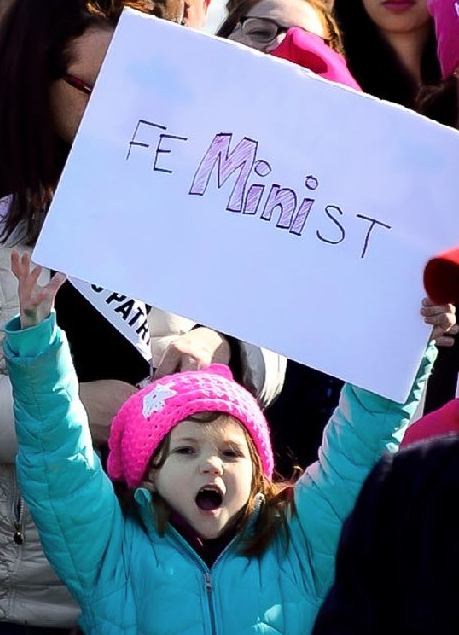 Soccer player Joanna Lohman was also prompted to become an activist fighting for LGBTQ+ rights. Egyptian-born grandmother Mimi Hassanein decided to run for office representing the Muslim community. Democratic U.S. Congressman of Illinois Luis Gutiérrez and his wife Soraida and his daughter Jessica Gutierrez also joined the movement for immigrants, Dreamers and families separated at the border. Jessica decided to run follow in her father's footstep to run for Chicago’s City Council.

CJ started rolling the cameras the day of the Women's March in January 2017. She started by following Mrs. Morrison around during the march and met other inspiring women. She reveals she shot most of it herself.

At the start of production, she could have never predicted that women would be a power to be reckoned with when a record amount of women ran for office in the 2018 mid-elections, winning back the House of Representatives and breaking records for the most seats in the U.S. Congress.

"The fact that we got the House back and in such a big way in 2018 - you know that was kind of interesting," says CJ.

The director ended RESISTERHOOD with that momentous moment because she wanted to give people hope that if everyone especially women participated in the voting process, perhaps this place could be a kinder place under that leadership.

RESISTERHOOD is now streaming on Amazon Vide and on Vimeo On Demand.