Rocsi Diaz's on Reigning in The Miz on USA's Cannonball Show 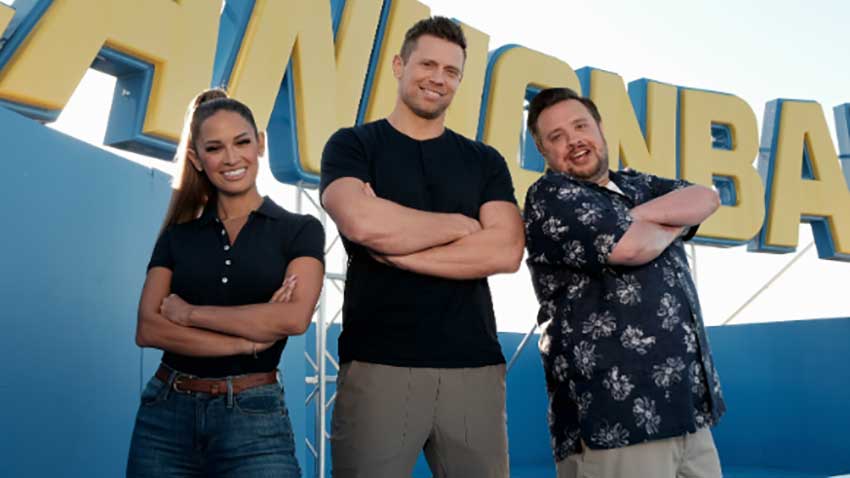 Rocsi Diaz cohosts with "The Miz" on USA's "Cannonball" competition show. The Emmy Award-winning television host tells CineMovie she calls herself the "ringmaster" when it comes to reigning in WWE star Mike "The Miz" Mizanin and comedian Simon Gibson on the show. She also tells us she wouldn't mind sliding down one of those massive slides without the obstacles, of course.

Diaz is best known as the former co-host of the BET’s popular show, "106 & Park." Later she hosted "The Daily Share," "Dating Naked," "Behind The Movie" and People TV’s "Chatter."

Diaz is now hosting along with WWE® Superstar “The Miz®” Mike Mizanin USA's new splashy, competition series "Cannonball" airing every Thursday at 8pm. The 10-episode game show features contestants from across America competing for a $10K cash prize each week. These daredevils slide off a 100-foot waterslide into various water obstacles.

CineMovie spoke to Rocsi about her new hosting gig, and how fun it would be to slide off one of those massive slides minus the obstacles.