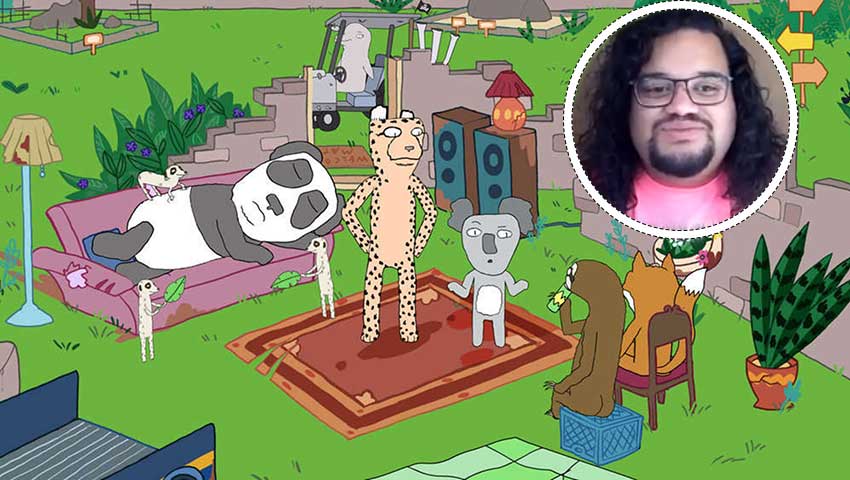 Influencer and actor SkittLeZ Ortiz voices an animal character in SYFY's newest animation series, "Wild Life." The show is breaking ground with a genderqueer character played by SkittLeZ. The Puerto Rican actor, singer, and content creator talks to CineMovie about his role and why they had to build his own recording booth because of the COVID-19 pandemic.

SYFY's “Wild Life” is one of the series of their growing late-night adult animation block, TZGZ. “Wild Life” is a comedy about a gang of zoo animals friends who are hanging out after an apocalypse and who elaborate schemes to entertain themselves from going insane.

Airing on Saturdays at midnight, "Wild Life" is a comedy about a gang of zoo animal friends hanging out after the apocalypse. There’s the pacifist cheetah Glenn (John Reynolds), bubbly dolphin Marny (Claudia O’Doherty), hyper fox Hudson (Baron Vaughn), psychedelic koala Darby (Reggie Watts), self-care loving panda Debbie (SkittLeZ Ortiz) and energy drink-guzzling sloth Viv (Natalie Palamides). Together, they come up with elaborate schemes to entertain themselves and just keep from going insane. From taking trips to a mutant-infested mall for hood ornaments to stumbling upon an old broadcast studio and creating their own shows, these critters are always up to something.