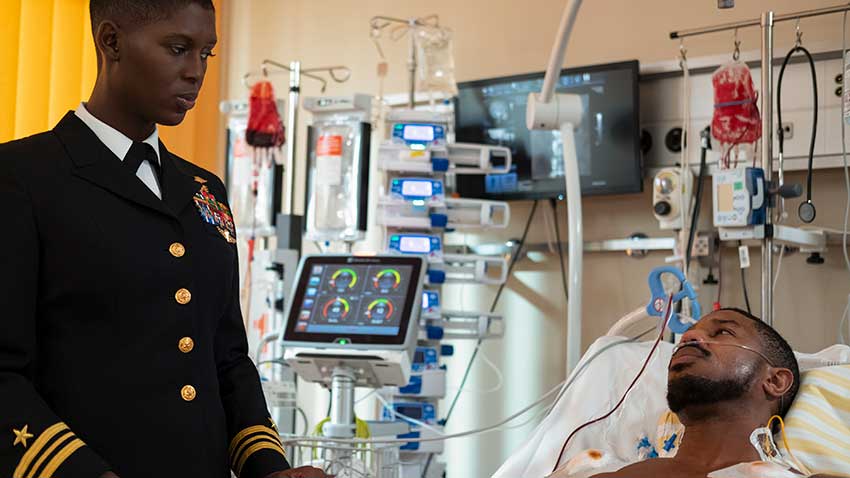 WITHOUT CONSENT stars Michael B. Jordan and Jodie Turner-Smith reveal some interesting things about the production. Jodie says she was pregnant while making the film which made it more grueling during the action scenes. She also reveals Michael 's stunts under water were quite impressive, which Jordan attributes to being a water baby and being able to hold his breath for three minutes under water. Listen to other revealing details about the behind the scenes from the actors below.

Both Turner-Smith and Jordan play Navy SEALs in Tom Clancy's WITHOUT REMORSE now streaming on Amazon Prime. The two went through rigorous training for combat and water stunts.  The actress also says she's no stranger to stunts having starred in the TNT's The Last Ship but this she was pregnant which changed everything. Luckily for her she had Jordan's trainer to get her into shape.