How Did They Do That? Arnold Schwarzenegger On Fighting His Younger Self in 'Terminator Genisys' 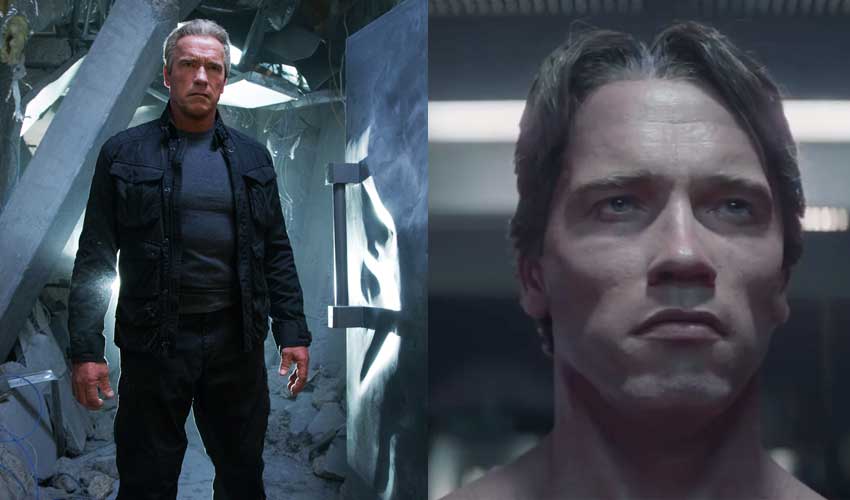 Arnold Schwarzenegger is back as the Terminator in TERMINATOR GENISYS opening this 4th of July weekend, and in the reboot of the franchise, the former governor of California fights his younger self from the 1984 James Cameron film. Schwarzenegger describes in the interview below how they recreated that scene using a body double and why it took close to a year to perfect the epic fight between the two T-800s.

Arnold Schwarzenegger reveals in the interview below that he insisted on not seeing the film until the visual effects were completed specifically the scene between his modern day self versus his body builder body from the original TERMINATOR film. The actor explains he did actually have to fight another person with a body builder/stuntman stepping in to represent his younger self. Then it was up to the visual effects team to recreate the 1984 Schwarzenegger face and body, which the star says took a year to complete right down to the wire.

Listen to the interview.