YouTube Premium's "Cobra Kai" season one ended with a jaw dropping cliff hanger when KARATE KID'S villain John Creese played by Martin Kove re-appeared in Johnny Lawrence's life. Will Creese make Johnny's life worse or help him meet his goals of redeeming himself? Kove compares Creese to Darth Vader as far as villains, but he promises that his return to the dojo doesn't necessarily mean he won't have this own redemptive moments.

CineMovie caught up the stars of "Cobra Kai" season 2 including William Zabka who plays Johnny Lawrence and creators / executive producers Jon Hurwitz, Hayden Schlossberg and Josh Heald at WonderCon in March to tell us what to expect on season 2 of "Cobra Kai" premiering on YouTube Premium April 24.

Ralph Macchio returns as Daniel LaRusso but this time he's on top of his game while Johnny Lawrence still struggles as sensei of his new dojo. The rivals almost became friendly in "Cobra Kai's" season one but now the two are at odds again as Daniel has opened his own dojo which will train for free. Add Creese coming back into Johnny's life and you have one hell of a drama for season two. 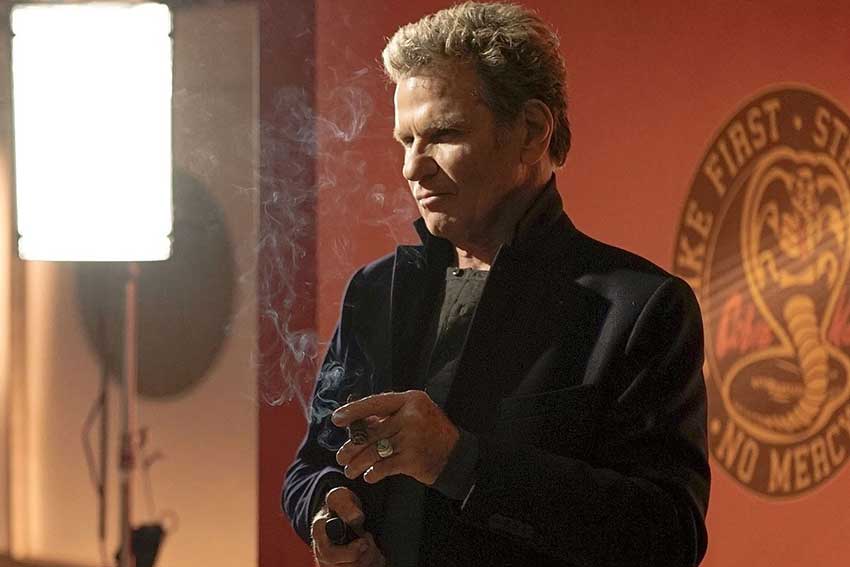