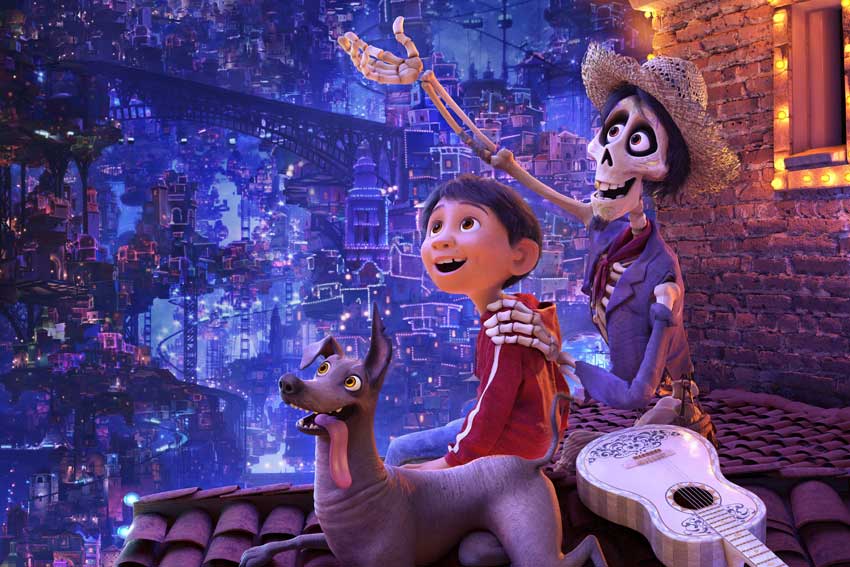 Disney*Pixar pay homage to the Mexican tradition of the Dia de los Muertos aka Day of the Dead in COCO. COCO director and Lee Unkrich (TOY STORY 3, FINDING NEMO), and co-director Adrian Molina went to great lengths to research the holiday. The result is a beautiful and colorful story about the importance of family and a wonderful reflection of Mexican culture. Gael Garcia Bernal and Edward James Olmos voice characters in COCO, and the actors are overwhelmed by the positive message it sends at a time when it’s most needed.

In COCO, an aspiring musician Miguel, confronted with his family's ancestral ban on music, enters the Land of the Dead to find his musical idol. Gael Garcia Bernal, Benjamin Bratt, Edward James Olmos and newcomer Anthony Gonzalez voice characters in the movie.

At a Los Angeles press conference for COCO, Gael Garcia Bernal and Edward James Olmos expressed how proud they were to be part of a beautiful film that celebrates Mexican culture. COCO has already broken records in Mexico with the film selling over 17 million tickets and earning a historical box office take of 842M pesos (44 million dollars) in just over 20 days, and the people of Mexico are hailing it a national treasure.

Edward James Olmos, whose career spans over 50 years, says voicing the character of Chicharron in COCO is one of his “proudest role” in all his years in the industry.

“It hit me really hard, like it hit most people,” says Olmos after watching the movie. I gotta tell you, this thing …. You have no idea what you’ve (to the directors).”

The Mexican-American actor feels the effect of COCO won’t be immediate but over a course of 15 years it will “resonate across the planet.”

COCO comes at a good time when a political candidate used Mexicans as a scapegoat for America’s problems. Unfortunately he took office of the United States presidency and the negativity continues.

“I’m so grateful. Six years ago you didn’t know we’d be living in the shape that we’re in… nobody did,” says Olmos. “Nobody knew that Mexicans would be treated like they’ve been treated over the last year. Nobody. The last 2 years have been very difficult for us and its so hard not to have an attitude.” 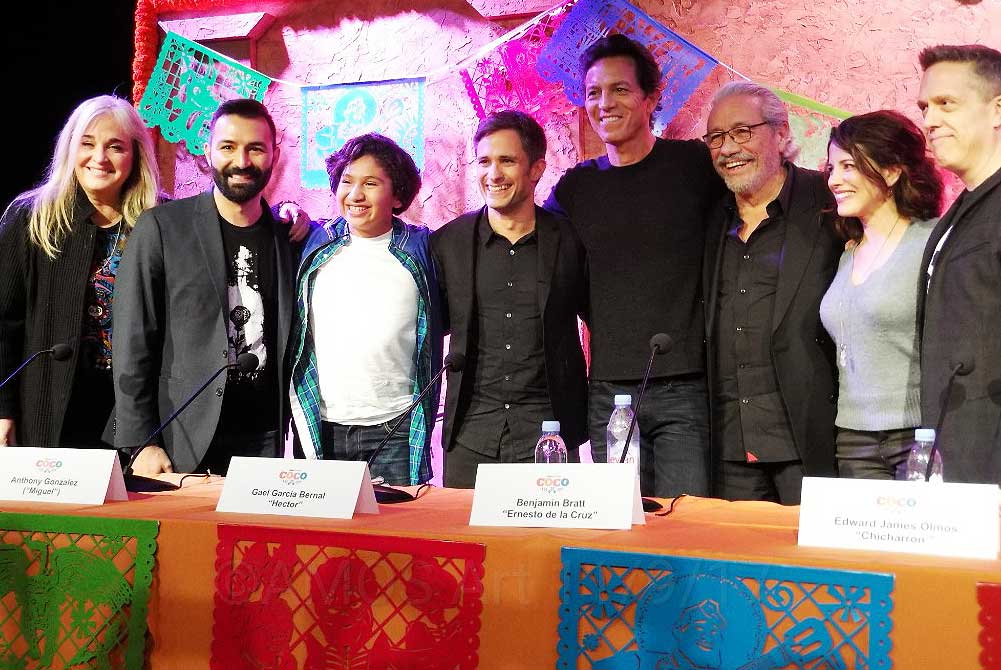 COCO was conceived six years ago, and it’s finally making to the big screen at a good time. Latinos needed this film to showcase a culture that’s celebrated rather than berated.

“We’ll have a sense of who we are. This placed us in a very strong position in the future. People are going to say thank you to the Mexican culture for introducing them to a value that they did not know anything about it.”

COCO also serves to remind viewers to recognize their ancestors and past loved ones as well.

“If I have to do a very personal dedication, this film is for the kids, the Latino kids born in the United States because it’s been said that their parents, grand parents or great grandparents are rapists, murderers and drug traffickers and these kids are being born in the moments of complete fear. And they have to fight against the lie.”

The Mexican actor feels COCO counters the negative view of Latino culture, and through this art form it may inspire others after watching it.

“It’s going to give kids confidence in where they come from. Where their parents, grandparents come from. To know that they come from a very sophisticated culture,” he says proudly. “It’s a beautiful reflection of them, and a celebration of life.”

He adds that humanity more than anything is what’s needed, and hopefully COCO will resonate with those it reflects.