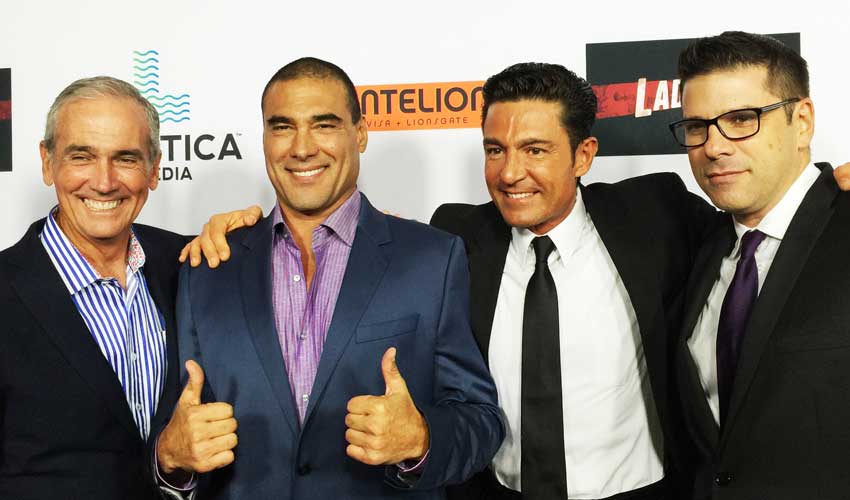 Mexican novela veterans Fernando Colunga and Eduardo Yañez premiered their new heist comedy, LADRONES at the Arclight in Hollywood along with guest Eugenio Derbez who came out to support his son's feature film debut in the movie. We're talking to the LADRONES stars and filmmakers from the red carpet premiere.

LADRONES is in movie theaters October 9.