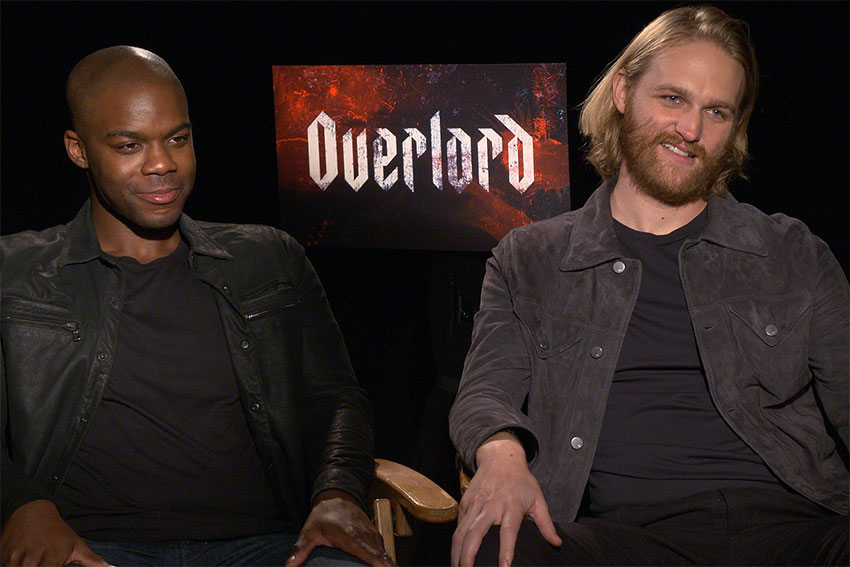 OVERLORD stars Jovan Adepo and Wyatt Russell ("Lodge 49") talk about their adventures in making the J.J. Abrams film which mixes genres for an intense ride from start to finish. Watch the interview below.

Wyatt Russell is the son of Kurt Russell and Goldie Hawn, and he's also starring in the AMC series, "Lodge 49"). Jovan Adepo got his big break starring alongside Denzel Washington and Viola Davis. Davis helped Adepo land the role. In OVERLORD, the two shine as characters.

On the eve of D-Day, American paratroopers drop behind enemy lines to penetrate the walls of a fortified church and destroy a radio transmitter. As the soldiers approach their target, they soon begin to realize that there's more going on in the Nazi-occupied village than a simple military operation. Making their way to an underground lab, the outnumbered men stumble upon a sinister experiment that forces them into a vicious battle against an army of the undead.

OVERLORD is now in movie theaters.