Javier Bardem Talks 'Pirates of the Caribbean: Dead Men Tell No Tales' & Bringing His Kids To The Set 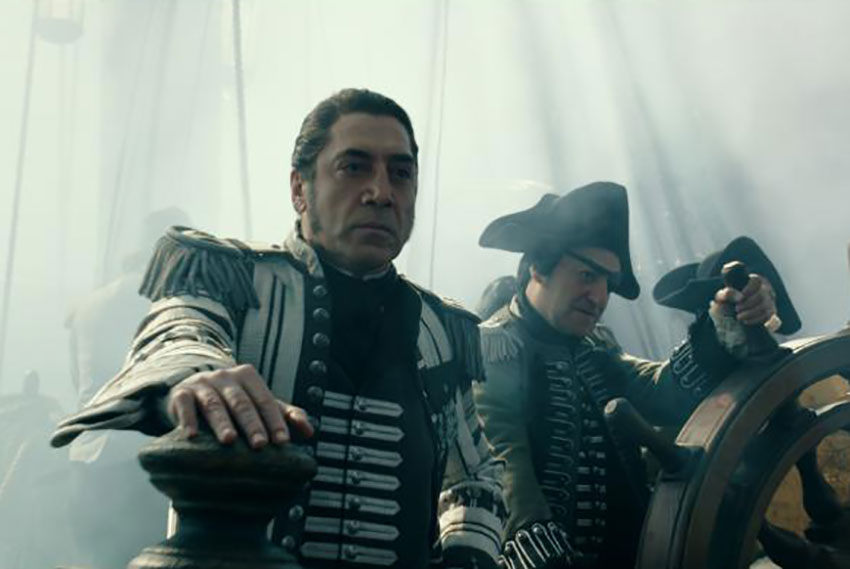 Javier Bardem plays a dead Spanish captain in PIRATES OF THE CARIBBEAN: DEAD MAN TELL NO TALES, and he tells CineMovie how he came to be in the Johnny Depp movie after his wife also starred in the fourth film. Listen below.

Bardem's wife Penelope Cruz starred in 2011's PIRATES OF THE CARIBBEAN: ON STRANGER TIDES with Johnny Depp. Bardem visited Cruz on set during production, and he tells CineMovie he was "amazed" at the scope of the production size. Producer Jerry Bruckheimer was on the set, and the Spanish actor expressed his interest in being part of a big fun production like PIRATES. "I wasn't asking for a job," jokes Bardem, but five years later Bruckheimer called to play Capitan Salazar.

While familes enjoy PIRATES OF THE CARIBBEAN movies, Bardem isn't ready to show his frightening side in the Disney movie to his two young children with Cruz. In the interview below, Bardem tells us his 6-year-old boy and 3-year-old daughter are too young to watch PIRATES OF THE CARIBBEAN: DEAD MAN TELL NO TALES, but he did have them visit him on the set when he "was alive." For most of the film, Bardem plays the ghostly pirate Captain Salazar, but in a flashback we meet the Spanish capitan (as pictured above), the pirate slayer. That is until he meets Johnny Depp's Jack Sparrow.

Playing a Spanish captain on the high seas in PIRATES movie wasn't a big deal for Bardem who sees the Disney film as fun and "games." He's not looking to represent as a role model but simply do his job as an actor.

PIRATES OF THE CARIBBEAN: DEAD MAN TELL NO TALES is in movie theaters May 26.