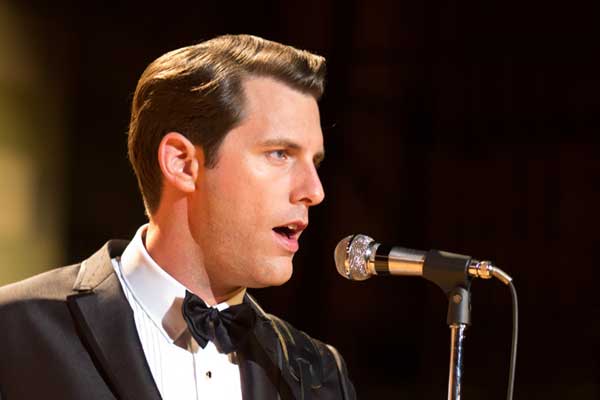 One of the more commendable aspects of "Jersey Boys," is director Clint Eastwood's decision to use a cast consisting mainly of unknown stage actors. Among them, Michael Lomenda -- who perfected the role of Four Seasons member Nick Massi on both the Toronto and U.S. stage before being cast in the screen version of the Tony-winning musical.

Like the Broadway production, the film follows Frankie Valli (John Lloyd Young), Tommy DeVitto (Vincent Piazza), Erich Bergen (Bob Gaudio) and Massi as they rise from street singers to international megastars. Yet despite releasing a slew of chart-topping hits, mob ties and conflicts between the members of the group threaten their success.

CineMovie had a chance to sit down with Lomenda to discuss his first meeting with Eastwood, live theater versus film, and his own personal parallels to Nick.

Q: Before you were cast, the Toronto Star classified you as a  "first rate actor who has yet to get his big break." I'm sure this qualifies as that big break.

Absolutely. I've been working in the business up there in Canada for a lot of years. [Jersey Boys] was my first big Toronto show. I booked it in 2008 and it was such a wonderful experience to be part of that company -- and then to sort of take it that step further when I toured all over the U.S. with the first National Tour. That was beyond what I expected. And then, meeting Mr. Eastwood that day he showed up at one of the matinees towards the end of the tour's run. In my head I thought that'd be a nice meeting and that would be it. I didn't realize that the movie had not been cast yet and so I was really surprised to get the call to come an audition in New York and then subsequently that I had booked the role in the film. It was just mind blowing.

Q:  Amazing story. How did you celebrate?

I went out for a really awesome meal and then I immediately went, "Okay, it's time to work."

I have to bring it!

I have to bring it! It was a quick turn around. How do you become a Clint Eastwood worthy actor in such a short amount of time? 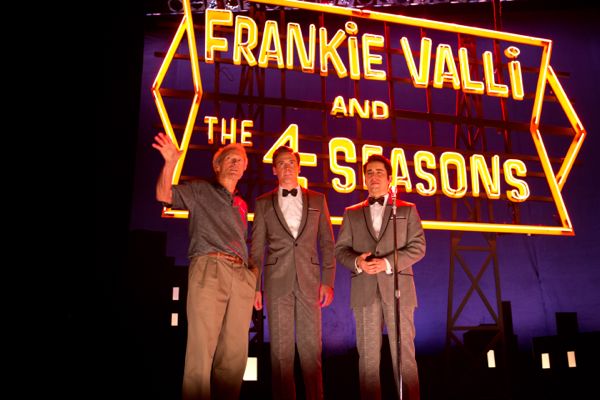 I know, or a "how to" book. It was one of those things where I had to dial up my confidence as soon as possible. I had to draw on those past performances of a show which I can done over 1,200 of. That was the best thing I could do. Just go back to that world that I had been living in in for almost five years and just draw from that and use that to propel me onto the set.

Q: When you're performing a role hundreds of times, I'm sure you have to constantly find something new about the role to engage with each time you perform it. Certain scenes must take on a different meaning over time.

You do. What's great about "Jersey Boys," which Mr. Eastwood kept, is the original conceit that we speak directly to the audience. So, in the Broadway production, you really get to connect with the audience on a nightly basis--which makes that night fresh and special each time. It also allows the audience to really invest in these characters. So you really feel like you're rooting for a friend or family member. I'm glad he kept that because I think it was a great for us as the actors and the audience.

Q: It manages to come across so well in the film, but how did you as an actor manage to pull it off when there was no audience to play off us? Did you find that there was a learning curve, in terms of how you approached speaking to the camera?

Absolutely. You're talking to a piece of machinery, so you have to put on the other side of that lens, somebody that you enjoy speaking to. You have to figure out who that is for you and so it was great to put those audiences that I had encountered across the country behind that lens. It was really cool. 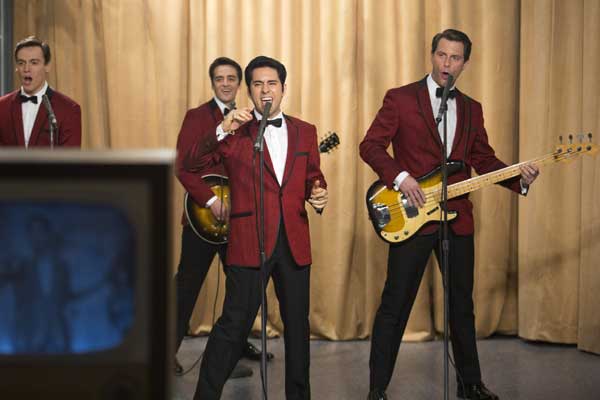 Q: I noticed that during the screening, particularly with that pivotal scene you have towards the second half, is that people were quite interactive. Have you been able to see the film with an audience yet?

I was lucky enough to see it at the Lightbox in Toronto with an audience. That was surreal because it's very different from watching it in a screening room. That in itself is really exciting-- to head onto the Warner Bros. lot and see it-- but you're seeing it with a bunch of people who've seen it a bunch of times and there was about five to ten of us in the room. So it was great [during the Toronto screening] to see that people were moved and excited and had a fun time.

Q: They applauded when Nick finally cracks and tells Tommy DeVito off for (among other things) excessive use of hotel room towels.

[Laughs] That's always been one of my favorite scenes to play because the whole time Nick is this bubbling pot  and that's when he finally get's his words in.

Q: So, that was one of your favorite scenes in the stage version and in the film?

Yes. That an performing some of the great hits. Like when "Sherry" hits in the stage production, we're not actually facing the audience but I've got to be honest, there's this tangible wave of excitement that you can feel from the right side. It's like a heat lamp or something that you feel when you're performing it live. it was the same when we were shooting it. It happened to be my last day of shooting but it was their first big hit. It kind of felt like it was coming full circle. And with regard to the big scene about the towels, where I have my little rant, that was a great day to shoot that. It was my birthday actually.

Q: Performing a dramatic meltdown  scene in front of Christopher Walken on your birthday is something you won't be able to top.

I know, right? What a birthday gift. It was my character's birthday as well. We share the same birthday. It's random and bizarre. Kind of fateful in some way. 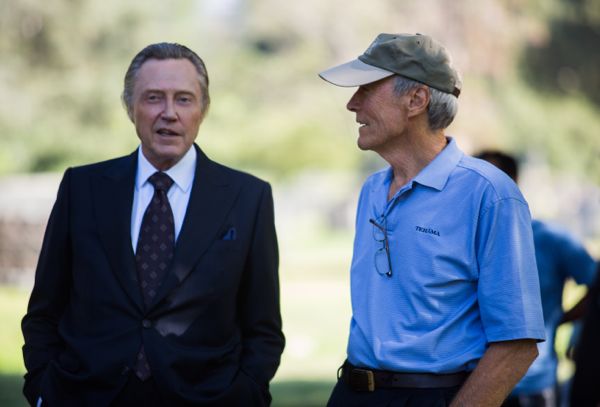 Q: At the end of the film, you learn from Nick's perspective why he walked away from the band. It's hard to look at his motive from an outside perspective and understand it.

Absolutely. He really left at the height of the Four Seasons success and you think, "wow, that's incredible." It was about so much more than just towels. I think ultimately, Nick had a family on the road and he made a lot of sacrifices. Having traveled with a touring company, I was on the road for a year and a half with the National Tour and that in itself was art imitating life and vice versa. It's tough. You have your road family and sometimes you lose ties with your home family and communication breaks down and you're living out of a suitcase. These guys were from the wrong side of the tracks and they achieved super human fame. They were very talented but that's a lot for anyone to deal with. Cracks start to form and I think Nick realized that his road family was falling apart and he needed, for his own sanity, to go back home.

Q: Did you discover anything new about the role or the world that Nick was in, now having been a part of the story in a new platform.

I was most excited about meeting the guys when I booked the gig because I think that the relationship between the four guys is what's at the heart of the story. I was looking forward to see what Vincent would bring to the table and how I could create that relationship with him because they go way back in the neighborhood. It turned out that we were rooming together in the same apartment.

Q: Did he abuse towels?