Patricia Velasquez (THE MUMMY RETURNS) stars in THE CURSE OF LA LLORONA, and she tells us why La Llorona is an important part of Latino culture.

The Venezuelan actress sat down with CineMovie's Valentina Patruno in Miami to talk about the Mexican folk tale of La Llorona, and it's significance for Latinos around the world. She's also talking about her personal beliefs in the supernatural and how she remedies bad energies.

Produced by James Wan as part of his THE CONJURING universe, La Llorona gets the Hollywood treatment. THE CURSE OF LA LLORONA is set in 1970s Los Angeles where the legendary ghost La Llorona is stalking the night -- and the children. Ignoring the eerie warning of a troubled mother, a social worker and her own kids are drawn into a frightening supernatural realm. Their only hope of surviving La Llorona's deadly wrath is a disillusioned priest who practices mysticism to keep evil at bay.

THE CURSE OF LA LLORONA is now playing in movie theaters. 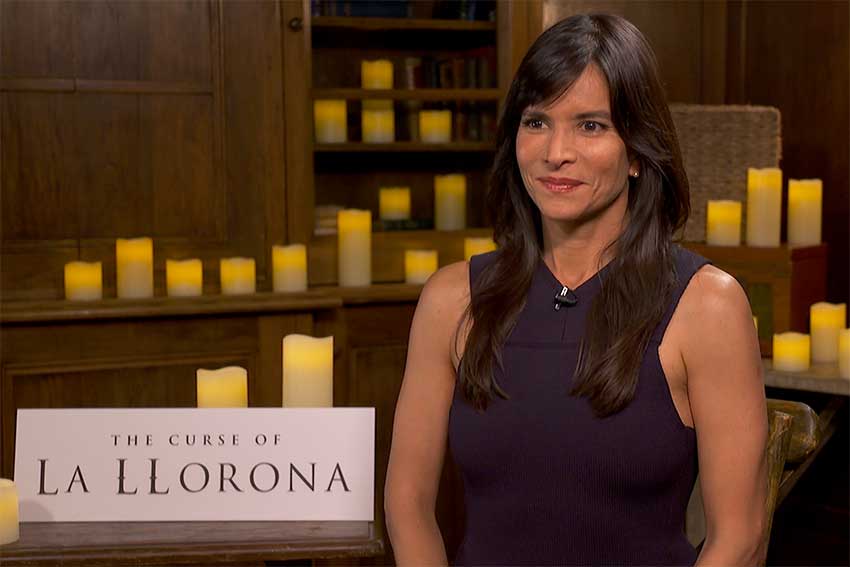