REPENTANCE's Mike Epps Talks Being Typecast As A Funny Man 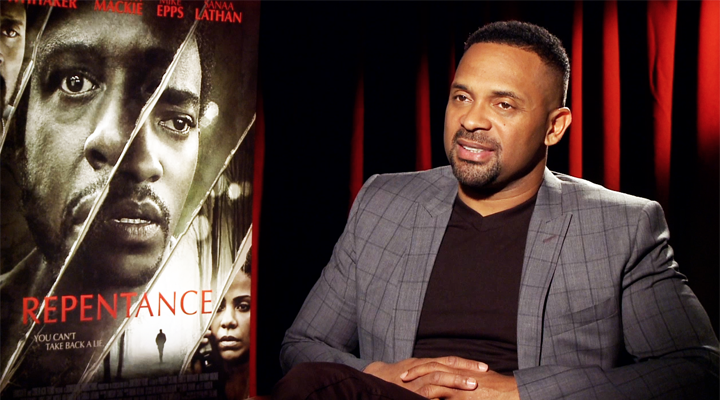 Mike Epps takes on a serious role opposite Forest Whitaker and Anthony Mackie, but don't expect him to crack any jokes in the new thriller REPENTANCE. In a Q&A with the REPENTANCE actor, he's revealing he often combats being type cast as the funny guy, and ideally wants to expand his repertoire on screen.

In a different kind of role, Mike Epps plays Ben in REPENTANCE, the indebted brother to Anthony Mackie's character. When his therapist/spiritual advisor brother disappears because Forest Whitaker's troubled character has taken him hostage, Ben falls into the same trap.

Q: This was a serious role for you. How long does it hang around you when you're done?
Mike Epps: When I'm done I got to go get a hair cut and take a couple of baths. The thing about doing these types of roles is that because I'm a comedian, it's a real challenge for me. When I stepped on the set and I saw Forest Whitaker I was like dang I'm really in it. I'm still shocked that they used me too. In Hollywood people have to believe in you to take a chance on you so they had to see something in me that said, 'You know he can do that,' and not that many people are able to have an eye for that. I really, really feel that I have some layers to myself so it takes a special person to be able to see something in a person.

Q: How was it acting opposite Forest Whitaker?
Mike: It's amazing, I'm really thankful I got the opportunity to work with such a great actors. I'm just really, really thrilled that I'm getting these opportunities. I do comedy all the time and I've done a lot of comedy movies with Ice Cube but to be able to break out of a mold and get a chance to challenge yourself and be versatile, it means a lot. It's kind of like money versus respect. I haven't been making a lot of money but I've been given opportunities to do some stuff that can possibly keep me around for a long time. 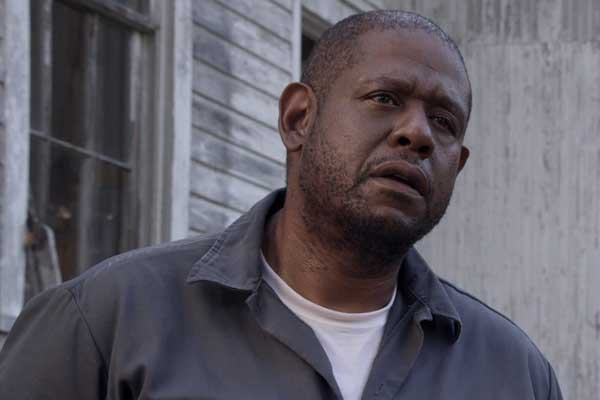 Q: How do you think people are going to respond to the violence in this and especially because we don't see black folks doing these things?
Mike: (Laughs) Well the original film was a European film that was shot previously to us doing it, and I think when you get great actors like Forest Whitaker and Anthony Mackie, I think when you get a bunch of people together like this and they're great at what they do, the color just disappears. You don't look at it as an African American film anymore. You look at it as a great film you don't walk away saying I just saw a Black movie. I think the violence of it...it's what the film is and it keeps everybody on their toes, walking around egg shells the whole movie because you know really no one dies in the process of the movie, we get tortured. This is the second movie, the first one was jumping the broom and a lot of us were shocked, a lot of them said Mike Epps the voice of reason (laughs).

Q: A lot of people are waiting for you to be funny but in this one you weren't.
Mike: It's been a challenge for me. One thing about this business is you can get really type cast and just doing the same stuff, and it's really about going out on a limb and taking a chance. You really have to sprinkle them throughout your career, and I go back and forth. I do a comedy then I do a dramatic film. I've just been blessed and happy thanking the Lord everyday. He's giving me an opportunity to show people that I have layers to myself. Comedy is really, really easy for me but to step into the dramatic roles is...that's the challenge people go to the movies and they say, 'Ok c'mon! Where's the jokes.' People are expecting me to be a certain way and when the scene closes they say, 'OK he wasn't funny.' It's a gradual thing but I really work hard at trying to convince people that I'm different. People don't know who I am so all of my experience that I draw from are...I lived with them, nobody knows what I've been through. I can tell people a million times that I've been to jail but only I know who I really am.

Q: Have you mastered the technique now from going to serious to comedy and back?
Mike: I accept it for what it is. It's art and it's my job, and my life ain't worth it if I go crazy and I rather my kids stand there touching me then looking at an award that I won that says I was great at what I do. When they say cut it's over I'm not trying to walk around being immortal. It's like a factory job to me, I go and do it and when it's over with I'm done. 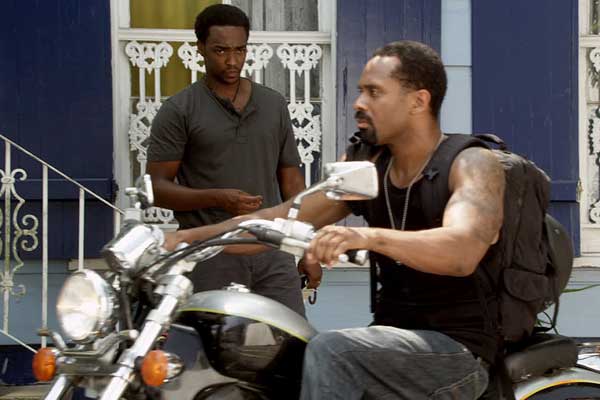 Q: We're all really still shocked over Philip Seymour Hoffman.
Mike: Yeah I'm sorry, some people just have it harder then others and he was such a great actor. To live with talent sometimes is hard.It causes addiction, because you tap into something that the average human can't fathom what that is. They don't understand that you took yourself away from you. You adapted a habit for six months of something spiritual that is not you, you really have to be strong minded and be able to separate it and understand. Everyone has a vice and hopefully it's not something that will kill you. I stopped smoking weed and it's been about four months.

Q: Why did you stop? It's now becoming legal.
Mike: If you don't know how to monitor it, I say don't do it. But I was doing it all day everyday. I wasn't getting anything done., I wasn't able to focus. So I said to myself, 'Let me get a bunch of stuff done and if I want to go back it will be there. It ain't going nowhere.' I have been more focused. I haven't been second guessing myself. I always wanted to tap back into my natural feeling as when I was a kid. I have been getting high since I was 15, 16 years old and doing all kinds of other stuff. Sometimes I just lay in the bed on a Saturday morning and just watch cartoons and it's not that I'm watching cartoons. I just want to experience the feeling of being free and young. I couldn't enjoy TV before because my attention span was all over the place. I couldn't even enjoy my kids and now I enjoy them and I can focus on them. I lost one thing but I gained a lot.