Rosario Dawson Interview On 'Putting Her Ugly On' For GIMME SHELTER 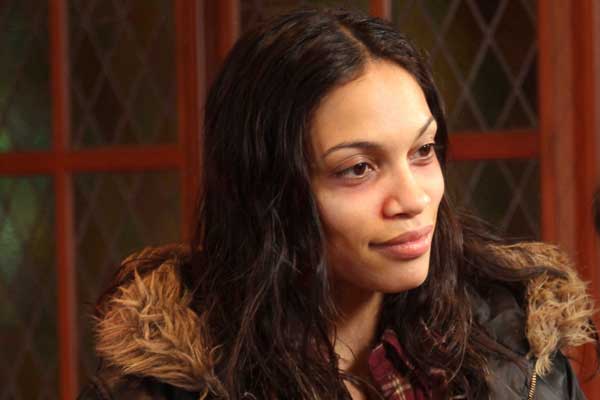 Unlike Beyonce who claims to look flawless upon waking, Rosario Dawson says it takes hours to make her into what we see on the screen or on the red carpet. The natural beauty and GIMME SHELTER antagonist says it took equal time to turn her into a strung-out drug addict for her new indie drama.

The gorgeous Rosario Dawson turned into a monster of a mother both physically and figuratively to play Vanessa Hudgen's mother in GIMME SHELTER. Based on a true story of a pregnant runaway, Apple runs away from an abusive mother June, in search of her father who turns her away after learning of her pregnancy. To downplay Rosario Dawson's good looks and turn into June, a hideous drug-addict with brown teeth and sunken eyes, she spent hours in the make-up chair.

"In real life, it took a couple of people to make this happen today and I have to say it took several people to make for putting on my ugly, believe me. I don't look like either of these things when I wake up in the morning, despite what Beyonce says, "I'm flawless, I woke up like this."

Joking aside, the GIMME SHELTER star didn't want to become a cartoonish character but she did want to become enough of a monster that Apple, the young girl played by Vanessa Hudgens, had no choice but to run away. To play a woman abusing drugs and her daughter for years, she had a lot of input into the look of her character based on her experience growing up in the 80 and 90s during the height of crack cocaine. The New York City native was exposed to women like June on her front porch. She describes people like this as lacking "self-love" who believe it's not their fault. 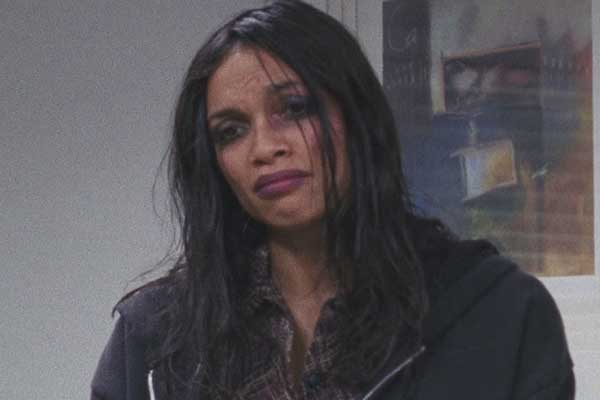 Rosario Dawson reveals her own mother was a teen mom and could've easily been like June and she like Apple. Luckily, her "abuelita" didn't turn her mom away when she became pregnant and her biological father left. "If these circumstances had been different, I could've easily been my mom in the same position as these people," says the star. She also credits her step-father as coming in and taking on the responsibility of being father to her which she feels fortunate for.

Rosario Dawson hopes that GIMME SHELTER will open people's eyes to those on the streets like a June or Apple and be compassionate instead of looking past them.