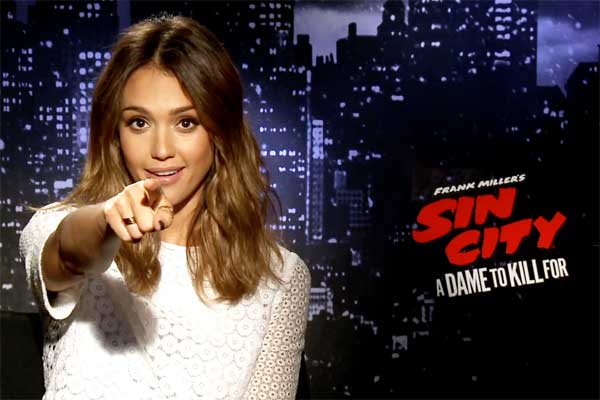 Jessica Alba dons the leather chaps once again for SIN CITY: A DAME TO KILL FOR, but nine years later, the mom of two and business woman says she feels more comfortable in her own skin this time around. She’s just one of the actresses baring skin in the follow up to the Frank Miller story, but Alba boasts that the women of Sin City is one of empowerment, hence the perfect date movie.

Jessica Alba returns more confidently as stripper Nancy Callahan in SIN CITY: A DAME TO KILL FOR. Rosario Dawson also revisits her bondage-clad character as Gail, the fierce and sexy leader of Old Town. Joining the cast of non-meek females in the Sin City sequel is Eva Green as the manipulative and dangerous vixen Ava Lord. 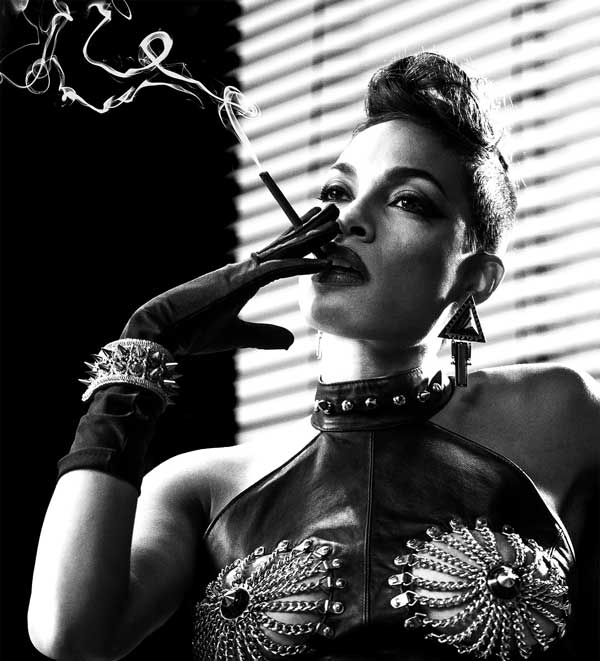 In an interview with the cast and filmmakers Robert Rodriguez and Frank Miller, Alba revealed that initially Rodriguez thought she was too tough to play the comic book version of Nancy Callahan when she was 21. Rodriguez admits that no quality actress would play the topless stripper from the Frank Miller graphic novel so he left it up to Alba to create her own Nancy Callahan.

Frank Miller was also happy with Alba’s rendition of the stripper in the first Sin City, so he wrote a more complex storyline for Nancy Callahan the second time around. In SIN CITY: A DAME TO KILL FOR, Nancy is grief-stricken over the suicide of her protector John Hartigan (Bruce Willis) and drowns her sorrows with a bottle and a strip pole, waiting for the day she can seek revenge against Sin City villain Senator Roark (Powers Boothe).

To get into Nancy Callahan’s state of mind, Alba says she begged for a peek at the script so she could prepare.

“I’m a mom. I have two kids. I run a company. I’m not like this drunk stripper. I really had to get into the headspace of the character.” 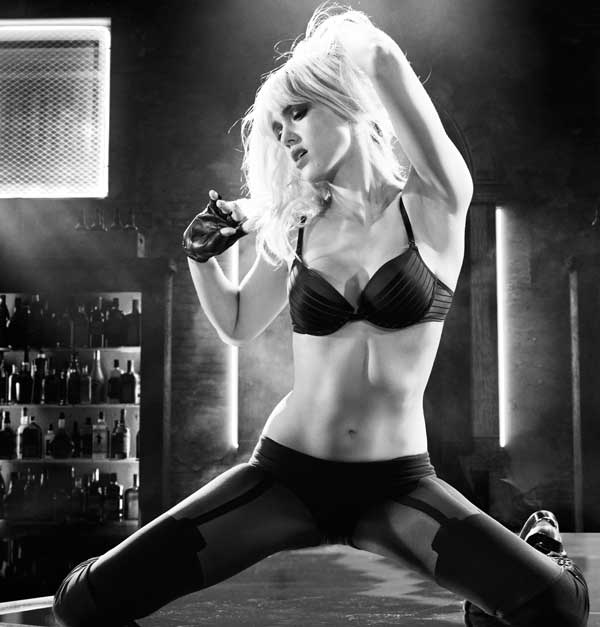 This time around, however, she admits she wasn’t as terrified as the first time. At 33, she feels more comfortable in her skin.

“If I’m going to be blessed with this career and be able to do movies, I might as well go 150% and really push it, and be fearless. So that’s the kind of attitude I took.”

Judging by Frank Miller’s reaction to her lasso dance, the author and artist behind many graphic novels (300, The Dark Knight Returns) approved of Alba’s scene as the tormented stripper.

“What she brought was pretty astonishing. I could not keep my eyes dry. It made me weep.”

Another woman who makes men cry was Eva Green as Ava Lord. Eva Green described her character at the press conference as“pretty evil.”

“She’s so bad. That was kind of fun. No conscious, no sense of right or wrong.” 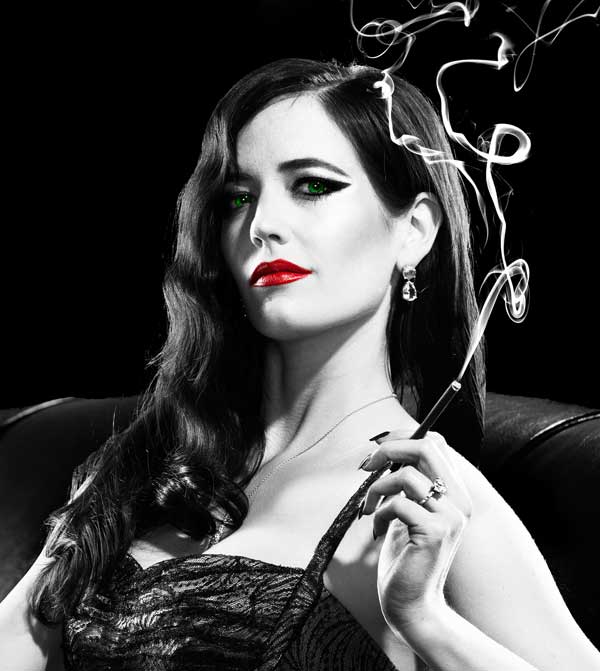 Frank Miller says of his female creation, “she’s got her own super powers” which is seducing men with those eyes that only Eva Green can pull off.

While Jessica Alba gets to keep most of her clothes on, Eva Green used her femininity, all of it, to weaken the men of Sin City including Josh Brolin and Christopher Meloni’s character. Green says Robert Rodriguez came to her trailer and promised the nude scenes would be tasteful and she would look amazing. That didn’t stop Green from feeling silly, unsexy and vulnerable when she bared it all in front of co-star Josh Brolin. Brolin also had to go full monty, and he too agrees it was less than sexy shooting the scene on a green screen. In the end, Green was happy with the results.

While most women might think the women of Sin City are being exploited, Jessica Alba touts SIN CITY: A DAME TO KILL FOR as the perfect date movie.

“It’s actually very powerful for women. I bizarrely think this is the perfect date movie. Like if a guy took me on a date to see this movie, I would marry him for sure. It’s like badass chicks, rad dudes who are sexy all over the place and so much cool action.”

Too bad for many men out there, Jessica Alba is already spoken for. SIN CITY: A DAME TO KILL FOR opens in theaters August 22nd. 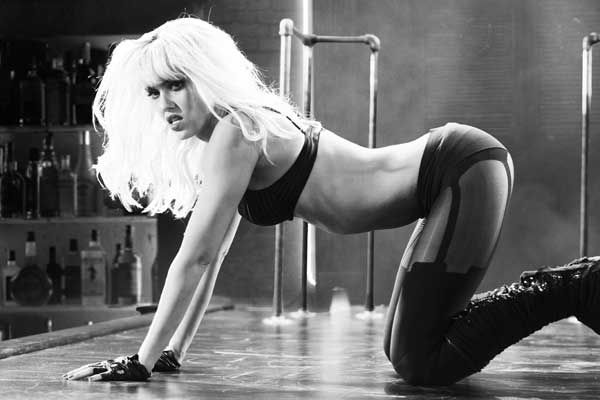