'Skin Wars’ Contestant Rick Uribe Says Art Saved His Life & Why He Gives Back to His Community in Juarez, Mexico 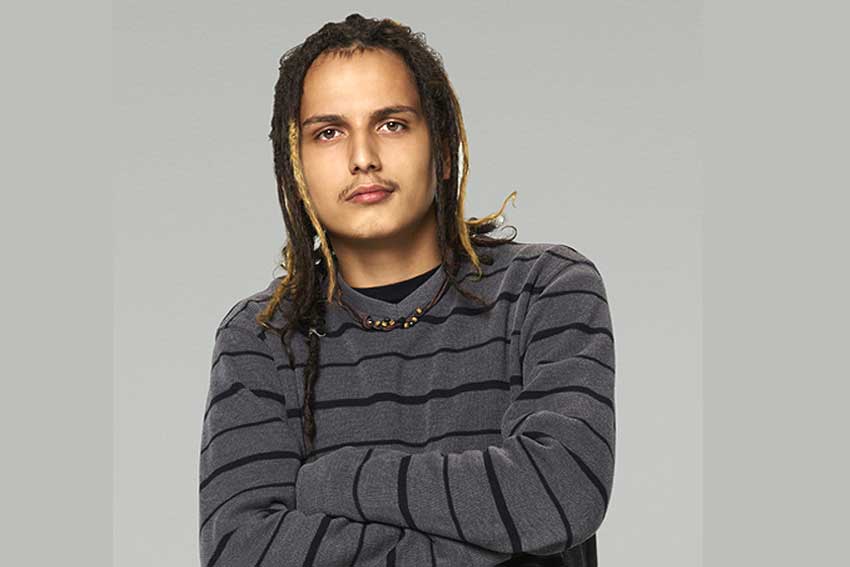 For Rick Uribe, being on GSN’s “Skin Wars” means a lot more to him than just winning money. The Juarez, Mexico native calls it a “landmark” event in his life. He’s not only one of the finalists as the third season of the body painting competition winds down, but he tells CineMovie art is what got him out of a very dangerous city of Juarez. He returns every year to help others do the same in his childhood community.

Rick was contacted directly to be on the GSN show by one of the recruiters who found his work on social media. “I thought I was being pranked,” says the struggling artist who admits that he got started with graffiti in Juarez. He met other local artists who inspired him and taught him to transition from vandalism to art. Through art he was able to leave Juarez for a better life in America. Juarez is one of the most dangerous cities in the world with dozens of young women missing and the drug cartel violence taking lives every day.

“Art pretty much saved my life from the streets out in Mexico. I’m a very lucky artist to be able to do my thing and be successful at it. There are so many talented artists in that city, and I got to say I’m one of the lowest ones. If the people down there had the opportunity that I had, I can imagine what they can do with it.”

Rick says his roots plays “a big part” of his work. He has over 30 murals in the city of Juarez which he retouches when he returns. When he visits his old community, he not only gives back in the form of art, but he runs workshops for the youth.

“I have respect for the community and they tell me how they appreciate that. It’s a good feeling to go back and do that.”

Rick Uribe got his start working on tattoos, and continues to earn his living tattooing. He branched out to other forms of art like body painting, which he says was easy to transition since it’s not permanent like tattoos.

Being on “Skin Wars” was unlike any experience, and every episode was “nerve-racking” since all the contestants have no clue as to their assignment. In addition, he admits he’s not much of a talker so having to explain his work took it to a whole new level.

However, the time constraint was not an issue for Uribe since he comes from the world of graffiti where taking your time will get you arrested for vandalism.

“Having that in my roots and going to a competition like this, time wasn’t a problem. I have the momentum of working real fast.”

Uribe brings his street smarts to “Skin Wars” not only in his assignments, but how handles interacting with the contestants. He purposely didn’t bond with the other contestants knowing that every week someone would leave, but his competition didn’t follow that strategy.

“First thing people did was fall in love with others by bonding. And as the competition went through, that kind of hurt them.”

That allowed Uribe to focus on the work and less on the relationships which may be part of the reason he’s one of the four finalists on “Skin Wars.” 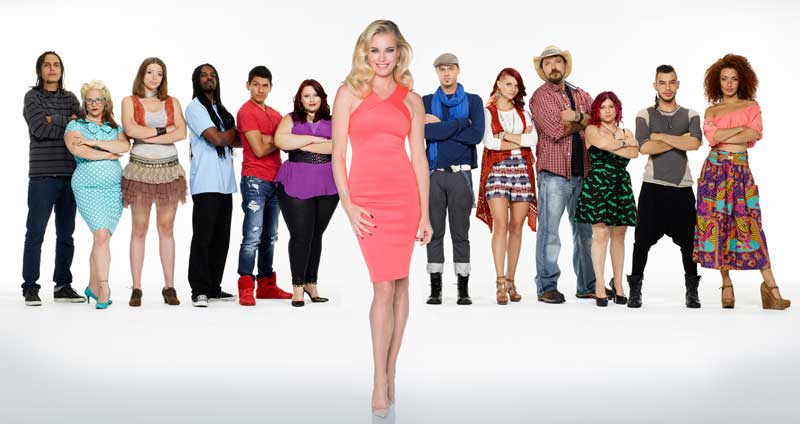 Regardless if he wins or not, Uribe gained vast knowledge from the GSN show including a mentor in Judge Craig Tracy. While he’s not artist that focuses on “one thing,” the show did open him up to doing much more perhaps in cinematic work.

Before “Skin Wars,” Rick Uribe had a fear of death, but the show changed that.

“I lost the fear of death. I know I’m going to leave something behind.”

Uribe feels like he reached a “landmark” in his life with the show.  Could that possibly be a hint that he won the competition or is it just as equally satisfying to be one of the finalists?

Watch “Skin Wars” on GSN on Wednesdays at 9/8 Central to see if Uribe takes home the $100,000 cash prize, an all-expense paid trip for two to the prestigious World Body Painting Festival in Austria and a custom-made stencil line from Bad Ass Stencils with his name on it.