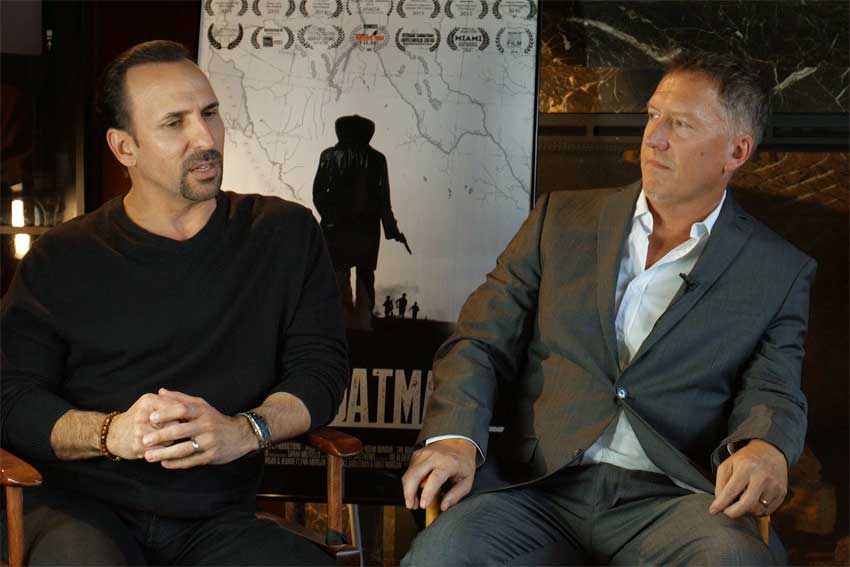 In THE BOATMAN, a coyote, played by Oscar Torre, hears dead people. Director Greg Morgan sat down with CineMovie’s Fer-r-rnando Duran to discuss why THE BOATMAN is not your typical border story. The movie opens December 16 in Los Angeles.

At the center of the story is the mysterious Miguel aka “El Maldito” (The Cursed One). Miguel, brilliantly embodied by award-winning actor Oscar Torre, is a loner with a reputation of being one of the few Coyote’s (human smuggler) who rarely fails navigating his people across the unpredictable river that divides the U.S. and Mexico. Miguel must grapple with a past he cannot remember and a future that is littered with corpses.  Known as “El Maldito”, Miguel seems haunted by the dead and dying.  He comes upon them on desert roads; he hears their confessions and takes part in their dying wishes.

The Boatman opens on December 16th and runs through the 23rd at Arena Cinelounge, a modern cinema in a historic theater building that is known to showcase indie and hard-to-find films.