Who's The Boss? Melissa McCarthy and Kristin Bell Say Comedy Isn't Just For The Boys Club

For THE BOSS, McCarthy teamed up with hubby/director Ben Falcone (Tammy) to reintroduce a character they created at The Groundlings 15 years ago named Michelle Darnell. Michelle’s a self-absorbed, celebrity-billionaire who loses everything after being convicted of insider trading. On the surface it looks as though she has everything in the world, but in reality she has no friends or family to help pick her back up when she really needs it most.  McCarthy reveals to Cinemovie that she tends to gravitate towards playing flawed heroines like Darnell because she thinks it’s important to show their ability to change.

“I just could never let her go. I took that as a sign that I wasn’t done with her. Since I loved her so much for all of her flaws, good and bad points, I just kept thinking about her.” reflects McCarthy. “The more I thought about her I love that kind of unbridled confidence. Wear what I want. Do what I want. Say what I want. We don’t get to see that a lot in female characters.” 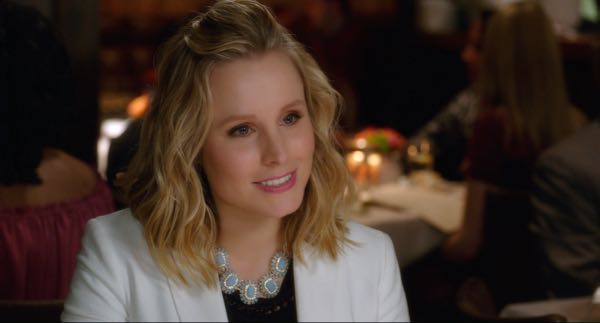 Starring alongside McCarthy is Kristen Bell (Forgetting Sarah Marshall) , who plays the “straight man” to McCarthy’s “energetic weirdo.”  According to McCarthy, Kristen and her had only met in passing before the film, but it took all but thirteen seconds to click on set.

“It was kind of a blast. We were as silly as we could be. Other than ruining a lot of takes by making each other laugh, we had a great time.”

Bell admits that during filming there were countless times she had to bite her cheeks to prevent herself from laughing. There’s a memorable scene where Claire (Bell) has to paint Michelle’s (McCarthy’s) teeth with whitening gel in preparation for a media appearance and Michelle is anything but cooperative. During the scene, McCarthy wears a funny contraption that keeps her mouth pried open drastically, so it wasn’t too easy for Bell to keep her composure on set.

“She put that thing in her mouth and I had to attempt to say my lines three inches from her face. Its just such a funny thing to stare at the inside of someone’s mouth and down their throat. That was definitely the hardest for me to keep a straight face.” 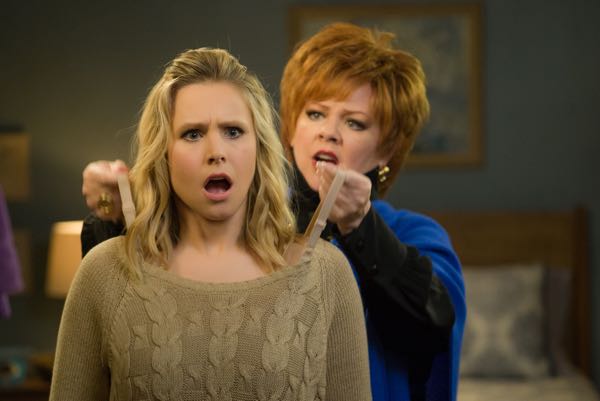 Aside from wearing a silly dental contraption, McCarthy had to wear many hats during the making of THE BOSS. Not literally, but  metaphorically speaking. McCarthy took on co-writer and producer responsibilities and she tells the Cinemovie that it’s important that women continue to work on films behind the camera.

"I think it's incredibly important,” McCarthy says. “I think the world has two sexes, and if no one behind the camera, no one running it can really speak to, 'that's not what a woman would say,' or 'that doesn't feel right,' you don't have that whole point of view. You're just limiting the scope. You're limiting your credibility.”

Female driven comedies are clearly on the rise and there’s no doubt that they’re connecting with audiences. Kristin Bell believes that women like Melissa McCarthy have had a lot to do with this evolution in Hollywood and hopes THE BOSS can maintain the positive momentum.

“People like Tina, Amy Schumer, Julia Louis Dreyfuss,  Melissa, and Sarah Silverman changed the game. Personally I can name off a lot more successful entrepreneurial female comedians off the top of my head than male comedians. That stigma went on for a long time, but I think the tides have changed.”