The Bridge's Demian Bichir Interview: No Funny Business Between Takes 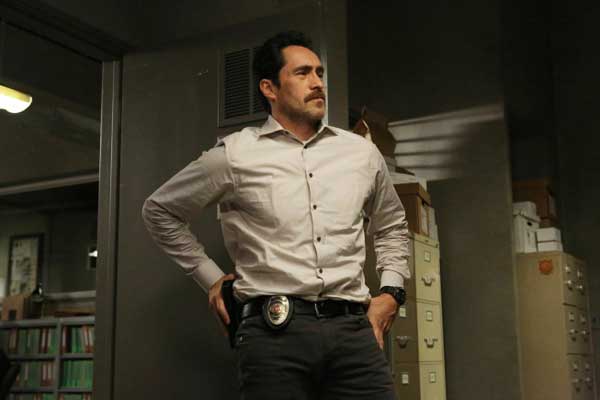 Mexican actor and "The Bridge" star Demian Bichir takes his job as an actor seriously, and when the cameras aren't rolling on the FX show, he's not pulling pranks or joking around. CineMovie was told he was a prankster on the set before the interview, so when we asked Bichir about it, he denied it and wouldn't let it die down.

As Marco Ruiz on "The Bridge," Demian Bichir investigates murders and drug trafficking in El Paso, Texas. The subject matter is quite dark so how does he keep it light in-between takes. In our interview with Bichir from the set of "The Bridge" in Santa Clarita, CA, the Mexican actor doesn't goof around because television is long hours so he doesn't want to disrespect the crew by taking it lightly.

"The Bridge" airs Wednesdays at 10pm on the FX Networks.