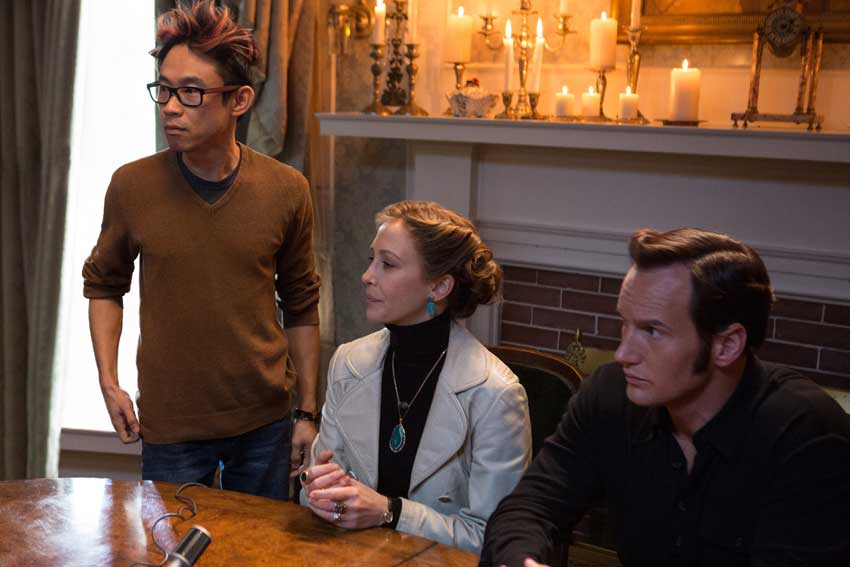 Director James Wan returns to the horror franchise with THE CONJURING 2 after directing FURIOUS 7, and he reveals why he had trepidations about taking the helm of THE CONJURING  sequel. He also reveals that the production this time around went smoothly unlike the first time when strange occurrences disrupted the shoot. THE CONJURING 2 producer can take credit for that since it was his idea to bring in a priest to bless the set.

In the interview below, Wan explains why it's more important to focus on the character arc rather than creating the scares. The likability of Vera Farmiga and Patrick Wilson as real-life couple Ed and Lorraine Warren also plays a big part of the success of the sequel which is garnering good reviews. So get your scare on at your local theater now with THE CONJURING 2.