The Making of the Hulk For 'Thor: Ragnarok' with VFX Supervisor Jake Morrison 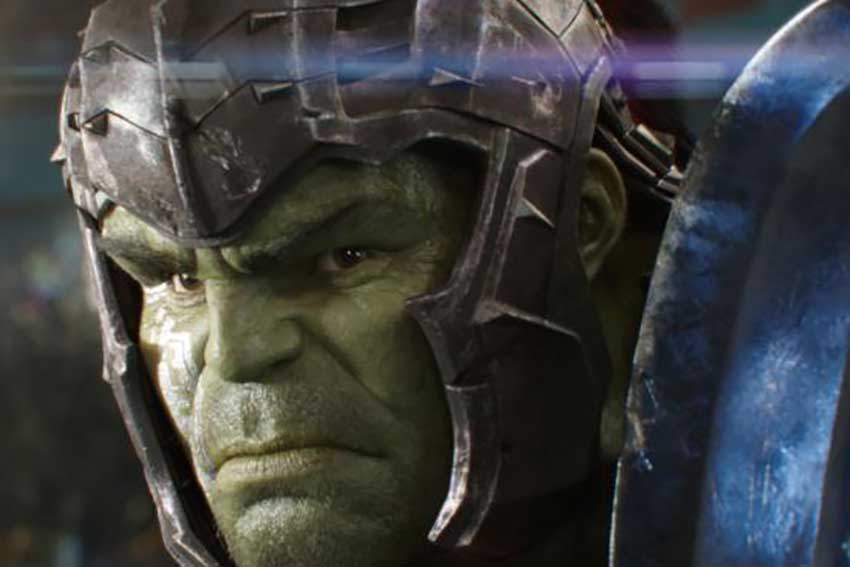 The new and improved Hulk in THOR: RAGNAROK was a genius re-invention of the character. No longer a strictly CGI character, the special effects team turned the not-so-jolly green giant into a walking, talking and emotional character. VFX supervisor Jake Morrison (Marvel Studios’ “Ant-Man,” “Thor: The Dark World”) explains how the effects were achieved for the new Hulk and why Cate Blanchett didn't have to bother with costumes changes and that thorny headdress.

THOR: RAGNAROK is coming to 4K, Blu-ray and DVD March 6 (currently available on iTunes and Amazon Video), and in the bonus features viewers get a behind the scenes look at the making of the Marvel movie and third film in the THOR franchise. CineMovie got the scoop on the making of the Hulk and Cate Blanchett’s Hela from VFX supervisor on THOR: RAGNAROK Jake Morrison. The BAFTA-nominated visual effects professional for ANT-MAN has worked with Marvel on many of its films including the two previous THOR movies, IRON MAN 2, MARVEL’S THE AVENGERS and the MARVEL’S ONE-SHOT: AGENT 47 video short

In the previous AVENGERS movies, when the Hulk isn't smashing, he’s mostly grunting and  delivering his one funny line - "puny human."  In THOR: RAGNAROK, Bruce Banner's alter ego isn't strictly huffing, puffing mad, but a character with emotions and punchlines. When the producers and director Taika Waititi approached Jake Morrison’s VFX team with making Hulk more than just a "straight up monster," he was in shock.

“‘On this one the Hulk talks’ and I went, Oh, okay! Well that’s hard. ‘And not only does he talk, he actually tells jokes.' And I’m what. You’ve got to be joking.  They also described him as the “dumb philosopher Hulk.” 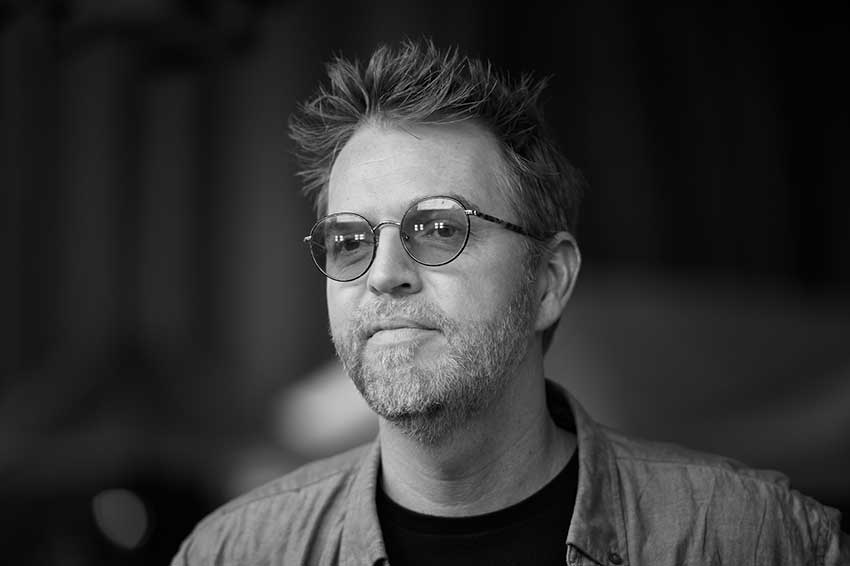 The task was overwhelming, and the U.K. native felt their department was going to either make or break the third film in the THOR franchise

“Honestly that’s the bit where your heart is in your skirt in your mouth because if we get that wrong the visual effects department has broken the film. That’s kind of the heart of the film.”

In early Marvel comics, the Hulk actually did speak in a caveman syntax, according to THOR: RAGNAROK executive producer Brad Winderbaum so it wasn't out of left field. But the question is how would they achieve that when it hadn't been done before in previous CGI incarnations of the green monster.

It was a total change from his previous work in the THOR movies. They had to rethink the whole process.

“We rebuilt him from scratch. This is a brand new Hulk," says Morrison. "We had this thinking which was if Bruce Banner was trapped inside the Hulk for two years as a story point why wouldn’t he physically change a little bit.” 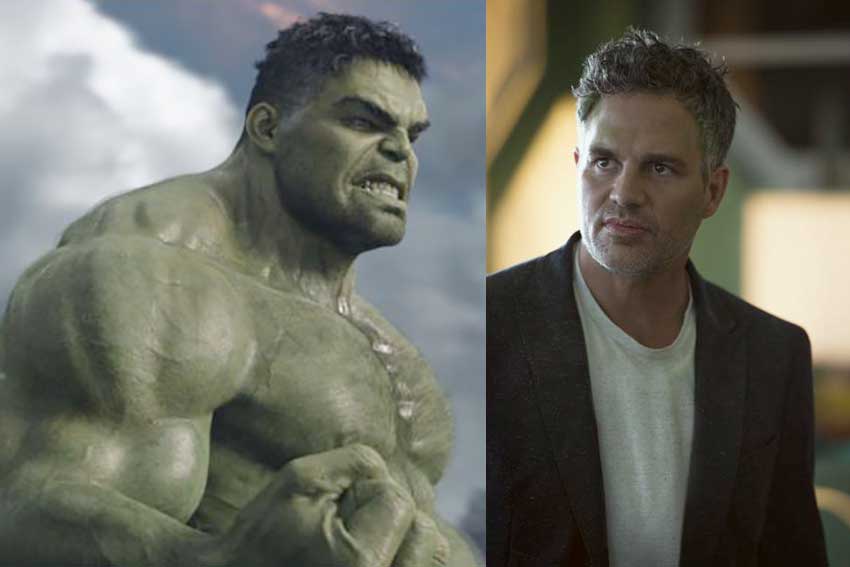 The VFX teams started with facial scans of Mark Ruffalo since the Hulk should share the actor’s physical attributes. Morrison theorized that the more the two characters looked alike, the more natural it would feel.

As a three-time Oscar nominated actor, Morrison’s team wanted to give him the tools to bring out the great performance we’re used to seeing from Ruffalo.

This is the first time Ruffalo would inhabit the character physically by wearing a motion capture suite. Morrison tells CineMovie they set up time with Mark in pre-production to accustom him to the mo cap suit and physically become the Hulk. They set up a stage with a 75 inch television monitor that would reflect back the image of the Hulk from the motion capture suit.

“He’s a good actor so take that and give him the tools.  It was a warm up.”

Morrison’s team put markers, head gear, big hands and weights around Mark’s ankles to slow him down. With the gear on, Mark walked around in circles and when he passed in front of the television monitor he would see a reflection of the Hulk as projected from the mo cap suit. The mirror-like image helped Mark inhabit the Hulk the more times he crossed in front of the tv monitor.

“The more he walked in circles and came to the tv, he was becoming the Hulk with hunched shoulders.”

Morrison describes the process as a sort of digital costume. Instead of prosthetics transforming an actor’s physical attributes, the actor has to pretend in his or her mind while looking silly in a suit with dots on it.

“I think the term is ‘theater of the imagination,” Morrison tells CineMovie.  Let’s give him all the tools so there is no barrier.”

Another challenge for the VFX team was the fabulously dressed female villain - Hela played by Cate Blanchett. Marvel’s first female villain in the MCU conjures up weapons, costume changes and a spiky headdress. In speaking to Morrison, it’s shocking to find out that other than Cate Blanchett’s face - the rest is entirely a visual effects-driven character.

“Only thing that is hypothetically Kate is her face and hands. And that’s it. Everything else was replaced.”

Cate Blanchett wore a motion capture suit at all times, but costume designer Mayes Rubeo designed three distinct wardrobe pieces with motion capture built in. Her suits were animated during the production and recorded digitally. Along with the costume designer, Morrison’s crew worked tirelessly with the production designer and a team of 30 people manning millions of computers on the set who animated her suit and her headdress.  In most special effects-driven film,  the special effects are applied in post production, but in this case - this amazing work was all done in camera during the shooting of the film.  Morrison points out, however, that they  made sure the technology didn’t hamper the Oscar-winning actress’ performance.

It’s astonishing to find out what you see on screen wasn’t really there, and that’s the magic of movie making. Morrison says the team’s job is successful if the viewers can’t tell what’s real or not.

“It was 98% visual effects. I think we did 2700 shots all the way through.  I’m sure people will know they saw a visual spectacle but hopefully they won’t know how much they saw. You don’t want to take them out of the story.”

Most viewers would agree THOR: RAGNAROK’s visual effects were top notch and the Hulk was the best rendition of the character even seen.

Explore more of the behind the scenes magic when THOR: RAGNAROK comes to 4K, Blu-ray and DVD March 6.