Cartoonist Charles Monroe Schulz brought the Peanuts gang to life in the 50s as a comic strip. The popularity of the comic strip lead to a couple of television specials in the 1960s and 1970s featuring the iconic characters which you can still catch on television during the holidays like A Charlie Brown Christmas, It’s the Great Pumpkin, Charlie Brown and A Charlie Brown Thanksgiving.

With the advances in computer animation, how do you modernize the Peanuts gang in 3D without losing the iconic look? Matthew Doble, an animator at Blue Sky since 2008, explains they wanted to keep the same clean, minimalist look to the iconic drawings in keeping with Charles Schultz legacy. Before starting the 3D animation process, the team sat down to discuss their approach.

“The scary part is we have to do this right. We had to transfer flat designs into three-dimensions by keeping in inherently flat. Honestly everyone who walked onto the film was at the same time super excited and pumped and scared.”

The team at Blue Sky may have used modern technology to recreate the iconic world of the comic strip, but ultimately Doble says they didn’t want to modernize the look of it. Their approach was a “limited iteration style” that was more of a 2D style, but he says they embellished a little bit. 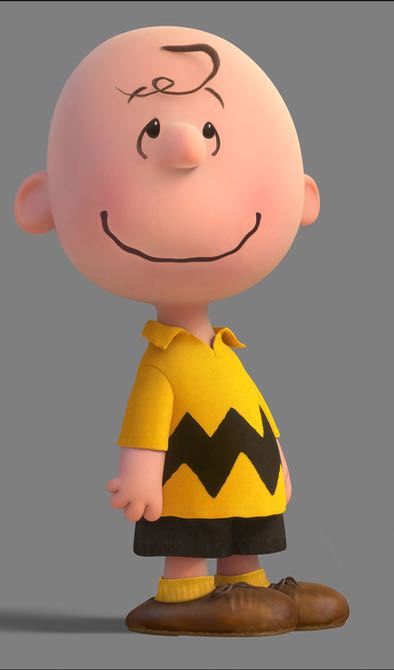 The team’s goal with Charlie Brown was “getting the acting right” to capture the sincerity and genuine nature of the “lovable loser.”

That included getting the eyes right. Schulz used his pen to create the lines and the spots of the eyes. Blue Sky was limited when it came to the design of the eyes. How could they emote the same feelings and look of the iconic character using modern tools of animation? The team analyzed how to show the thought process. The Blue Sky team came up with a language and rules to animating the eyes and brows that would keep with the traditional look of Schulz’s pen which was no easy task.

“There’s a lot less of letting the computer do stuff for you. We’re drafting every pose by hand.”

Doble adds the process of bringing Charlie Brown and the gang to life on 3D was challenging, but rewarding. He's currently working on Ice Age 5, and he reassures us that Blue Sky is continuing to reinvent themselves with every movie. He recently sat through a screening of early footage, and he couldn't stop laughing. The latest adventure of the prehistoric characters comes to theaters next summer, July 22, 2016.

THE PEANUTS MOVIE is already playing in movie theaters.

Ice Age : Dawn of the Dinosaurs