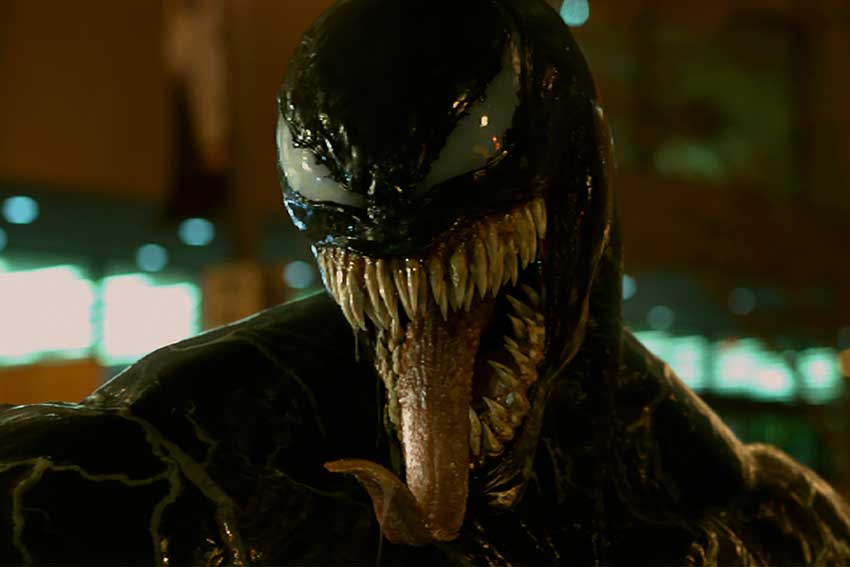 No movie studio launches a superhero movie without the possibility of expanding the character into a franchise. Now that VENOM starring Tom Hardy as the Marvel comic book anti-hero has hit the big screen, what are the plans on a bigger scale? CineMovie sat down with VENOM producers Avi Arad and Matt Tolmach to talk about the big picture for Venom and whether he'll come face-to-face with Spider-Man.

VENOM finally gets his day in the spotlight with Sony’s new franchise. Although the anti-hero first made his feature film debut in 2007's dreadful SPIDER-MAN 3, Avi Arad, a former Marvel Comics and Studio executive, tells CineMovie he's been wanting to adapt Venom for 18 years.

"Believe me. We've been through it for 18 years of trying to do Venom. People's perception was that it was 'too tough' because if you don't read the comic you think so but if you read the comic you will see the humor of it. It was a good time. And the best thing about the timing was that Tom Hardy wanted to make a movie and this one."

His producing partner, Matt Tolmach, the former co-president of production at Sony Pictures Entertainment, chimed in to say when someone like Tom Hardy calls to be part of your movie, you don't say no. 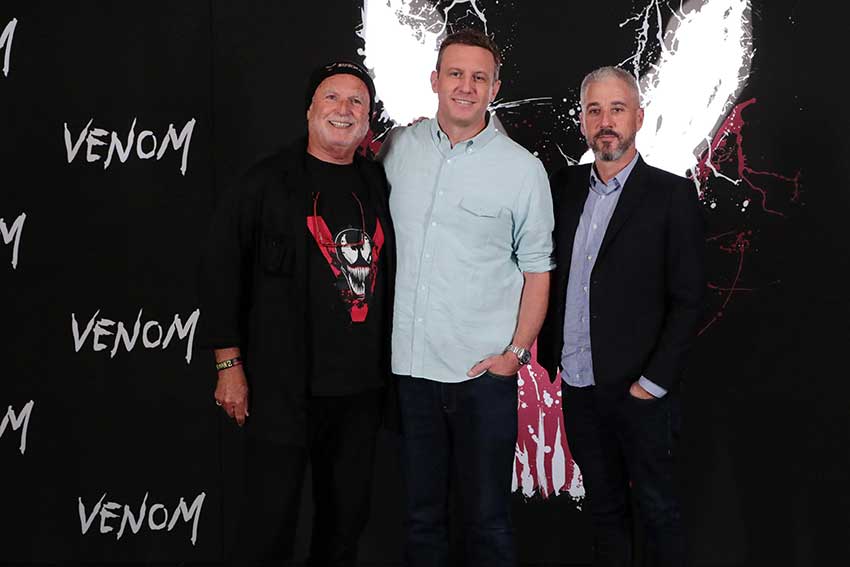 While most critics are tearing apart VENOM directed by Ruben Fleischer, most fans (like myself) are expressing their delight with the movie on the social media platforms. When determining the future of a franchise, most executives wait to see the performance of the movie opening weekend but VENOM producers seem to have plans to expand the franchise. CineMovie asked if we can expect another standalone movie starring Hardy and Venom or will we see an assembly of anti-heroes with THE SINISTER SIX?

"The plan is there's so much we can do. Here's the truth," says Tolmach. "We made this standalone VENOM movie because it deserved it honestly. We have so much opportunity, you saw the movie, so you sort of know where we're at, where it's leaning, but we have infinite possibilities and that's some of the fun of this is getting to design the next chapter."

When asked if Spider-man is anywhere in that mix with Venom, the producers kept playing it coy with their exchange.

"The good thing is we have time,' according to Arad. "And guess who owns Spider-man? Sony!

Tolmach adds "stay tuned" but Arad hopes it's in his lifetime. "I'm getting too old to wait obviously."

Disney's Marvel Studios stamped their mark on the new Spider-Man franchise starring Tom Holland. While the beginning film credits states "In Association with Marvel," Arad reveals Marvel had no hand in the making of VENOM, but his producing partner does stress their great relationship with Marvel Studios' Kevin Feige and his team. Arad recalls when Feige first came to Marvel as a young man, while Tolmach also remembers sitting in meetings which both Arad and Feige together while a Sony executive. Tolmach describes the relationship as family because of their long history together.

Sony, Arad and Tolmach may be following in Marvel Studio's footsteps.

"I am so proud of what he's [Feige] doing and trying to do exactly that. If you look at Captain America one and two. Two was a great movie. Why? Because they said I cannot do the same sh*t again and that's how we feel about the movies we want to do. Now we want to take advantage of the power of the franchise."

While they are not looking to replicate Marvel Studios' exact model, they are looking for different type of superhero in the vain of Venom.

"You saw a little bit on the other Spider-man so we want to do things that are fresh. Venom is as fresh as you can get and if you are successful... that is fun, enjoyable, kickass, fast and make you laugh... that's the goal."

Hopefully VENOM is big success at the box office so we can hear of these grand plans Avi Arad and Matt Tolmach have in the works. VENOM is now playing in movie theaters.