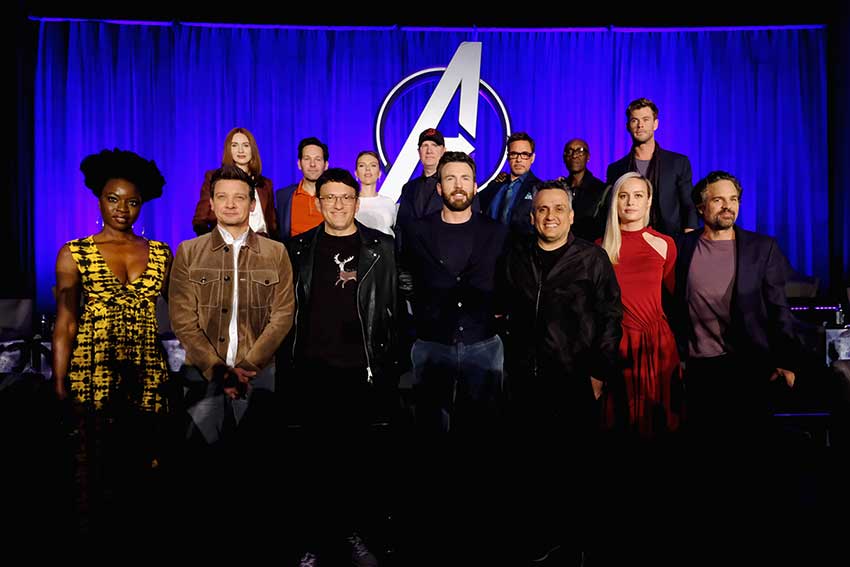 The surviving Avengers from INFINITY WAR assembled in Los Angeles for the ENDGAME press conference. The stars and filmmakers were tight-lipped about the movie as usual but they did provide some hints at what's to come when the Avengers with a new friend, Captain Marvel face Thanos on April 26, along with some funny moments.

Watch some of the funniest moments from the gathering with the following  actors, directors and the all-knowing Marvel honcho Kevin Feige. IRON MAN director Jon Favreau was brought in to moderate, and when the curtain dropped to reveal the talent, only half the seats were filled with the Avengers who survived the snap in INFINITY WAR.