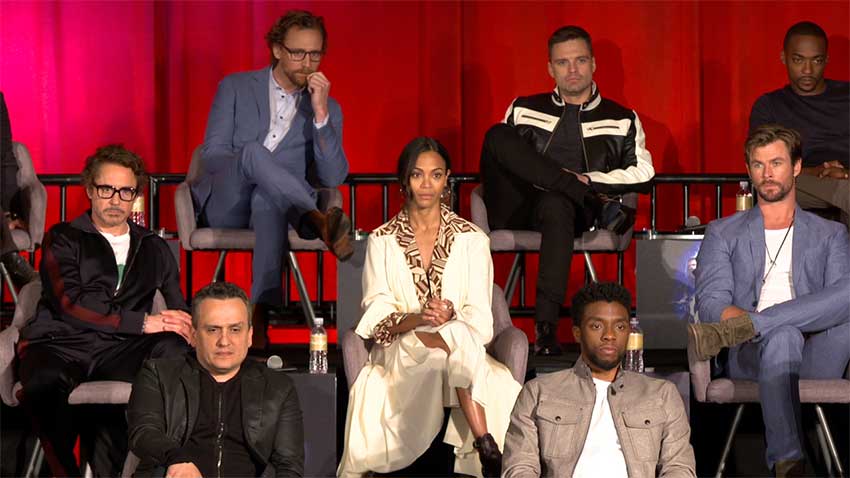 Jeff Goldblum, the Grand Master himself from THOR: RAGNAROK, moderated an hour long press conference with the stars of AVENGERS: INFINITY WAR, directors Anthony and Joe Russo and Marvel executive Kevin Feige. Disney and Marvel took a different approach to the usual press event with Golblum who Robert Downey, Jr called a "national treasure" entertaining in his usual fashion. While the stars and filmmakers were hush-hush about any everything there is to know about INFINITY WAR, but there was interesting details about how Marvel works their magic on the movies which now span 10 years.

A boat load of actors from AVENGERS: INFINITY WAR and the filmmakers attended the hour long press conference in Los Angeles, and avoided spoiling any details. The actors were vague in their answers, but they did reveal that none of the actors had seen the movie or read the entire script. So basically they didn't have the answers either.

Marvel's head honcho Kevin Feige, and directors Anthony and Joe Russo did explain how they go about putting together the movies that have had a successful run over the last 10 years, and their reliance on the original Marvel comics for inspiration.

Watch the edited version of the press conference below.