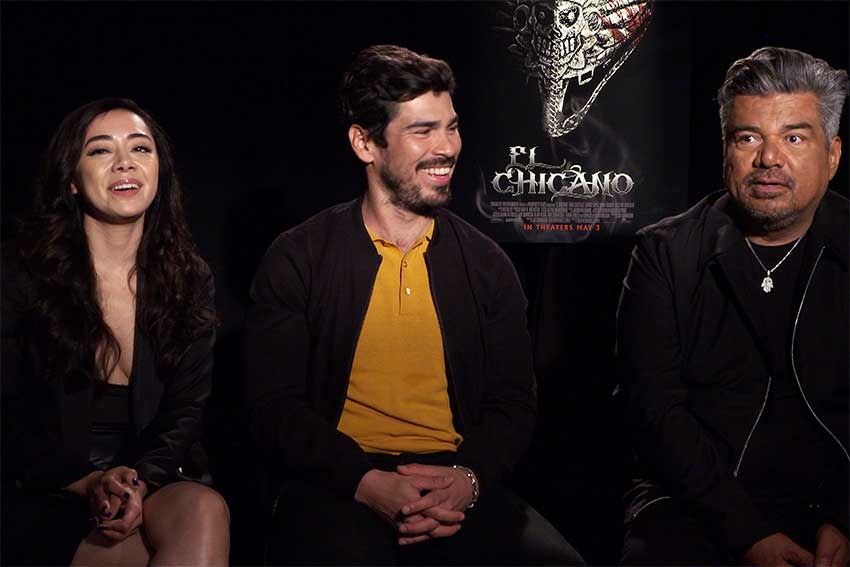 EL CHICANO comes to the big screen May 3 with a superhero named El Chicano, a street vigilante fighting narcos in Los Angeles. Chicano has many connotations so what does it mean to the stars of EL CHICANO? George Lopez, Aimee Garcia and Raul Castillo define it their own way.

El Chicano is a street vigilante in the city of Los Angeles. His mask and knife design are influenced by Mexico's native peoples, the Aztecs. However, Carnahan points out that Bray wanted to bring his favorite football team, the Oakland Raiders' colors into the mix with silver and black.

EL CHICANO is in movie theaters May 3.