GLORIA, distributed by Picturehouse will kick of the festival with a star-studded red carpet including the star of the film, Sofia Espinosa and the film’s director, Christian Keller. GLORIA chronicles the life of international pop star Gloria Trevi, known as the “Mexican Madonna.” Carefully groomed by an abusive manager and propelled by her politically charged lyrics and unashamed sexuality, Gloria shoots to unparalleled stardom—until a sex scandal that mesmerized the world brings her crashing down. Watch Trailer

Screening the best films from Mexico alongside their directors, producers, and actors LIVE in front of a mixed audience of industry leaders and devoted fans. All films will screen at the REGAL Cinemas LA LIVE from May 8th – 17th with red carpet and Q&A events with selected films.

The schedule of screenings has been released (see below). Ticket sales are open for all events and screenings on the Hola Mexico Film Festival’s website at www.HolaMexicoFest.com. 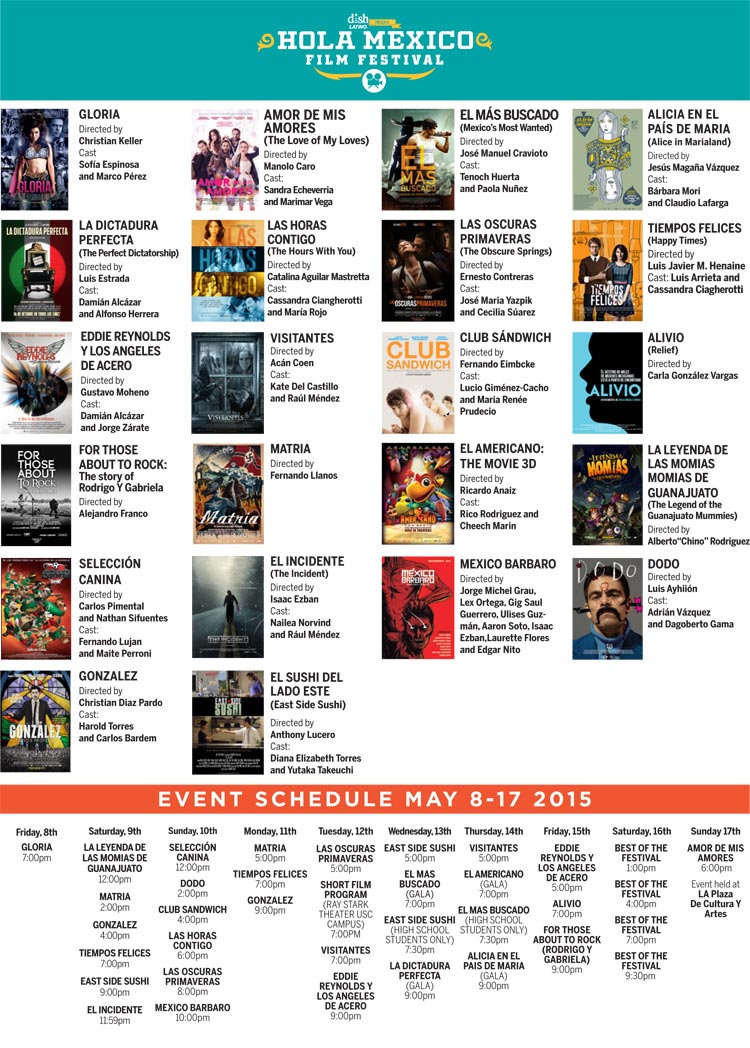