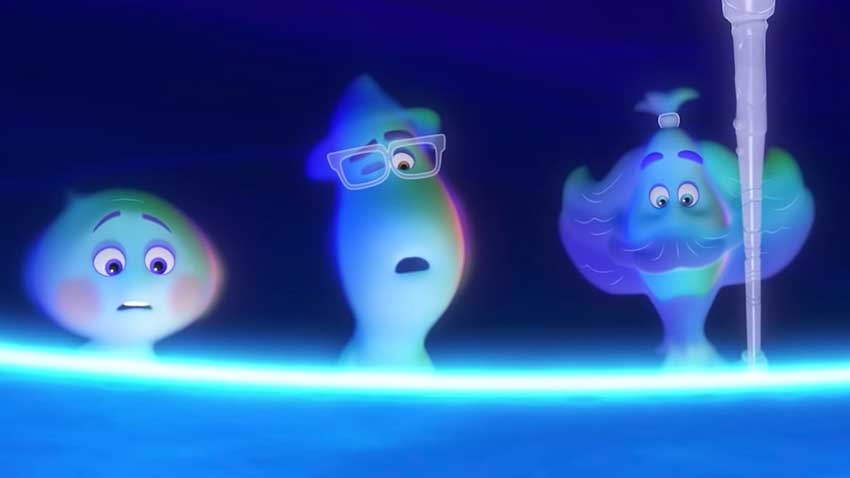 Disney's MULAN must have been a success on Disney+ since the studio has now announced Pixar's SOUL will premiere on Disney+ on December 25. The animated film will still be released theatrically in countries where Disney+ is not yet available.

In the press release below, there is not mention of an additional cost for SOUL like MULAN. MULAN's release was considered an experiment, and obviously it was a success given their next major film will be released on their platform.

Jamie Foxx, Tina Fey, Phylicia Rashad, Ahmir Questlove Thompson, Angela Bassett and Daveed Diggs star as the voice talent in the Pixar movie which was slated for a theatrical release for Thanksgiving. Given the severity of the pandemic, and Regal closing their U.S. movie theaters may have also been factors in the decision.

For more about the decision, read the announcement below.

BURBANK, Calif. (October 8, 2020) — The Walt Disney Company announced today that “Soul,” the all-new original feature from Pixar Animation Studios, will debut exclusively on Disney+ on December 25, 2020. In international markets where Disney+ isn’t currently or soon to be available, “Soul” will be released theatrically, with dates to be announced.

“We are thrilled to share Pixar’s spectacular and moving ‘Soul’ with audiences direct to Disney+ in December,” said Bob Chapek, Chief Executive Officer, The Walt Disney Company. “A new original Pixar film is always a special occasion, and this truly heartwarming and humorous story about human connection and finding one’s place in the world will be a treat for families to enjoy together this holiday season.”

“Soul” comes from visionary filmmaker Pete Docter, the Academy Award®-winning director behind “Inside Out” and “Up,” and co-director/writer Kemp Powers, playwright and screenwriter of “One Night in Miami.” It stars the voice talents of Jamie Foxx, Tina Fey, Phylicia Rashad, Ahmir Questlove Thompson, Angela Bassett and Daveed Diggs and features original jazz music by globally renowned musician Jon Batiste and a score composed by Oscar® winners Trent Reznor and Atticus Ross (“The Social Network”).

“The world can be an exhausting and frustrating place – but it’s also full of unexpected joys, even in seemingly mundane things,” said Docter, director of “Soul” and Chief Creative Officer of Pixar Animation Studios. “ ‘Soul’ investigates what’s really important in our lives, a question we’re all asking these days. I hope it will bring some humor and fun to people at a time when everyone can surely use that.”

Over the last six months, marketplace conditions created by the ongoing pandemic, while difficult in so many ways, have also provided an opportunity for innovation in approaches to content distribution. With over 60 million subscribers within the first year of launch, the Disney+ platform is an ideal destination for families and fans to enjoy a marquee Pixar film in their own homes like never before.

Previously scheduled for theatrical release on November 20, 2020, “Soul” was named an official selection of the Cannes Film Festival earlier this year along with multiple upcoming festivals including the British Film Institute’s London Film Festival this Sunday.

What is it that makes you...YOU? Pixar Animation Studios’ “Soul” introduces Joe Gardner (voice of Jamie Foxx) – a middle-school band teacher who gets the chance of a lifetime to play at the best jazz club in town. But one small misstep takes him from the streets of New York City to The Great Before – a fantastical place where new souls get their personalities, quirks and interests before they go to Earth. Determined to return to his life, Joe teams up with a precocious soul, 22 (voice of Tina Fey), who has never understood the appeal of the human experience. As Joe desperately tries to show 22 what’s great about living, he may just discover the answers to some of life’s most important questions. “Soul” is Directed by Academy Award® winner Pete Docter (“Inside Out,” “Up”), co-directed by Kemp Powers (“One Night in Miami”) and produced by Academy Award nominee Dana Murray, p.g.a. (Pixar short “Lou”).