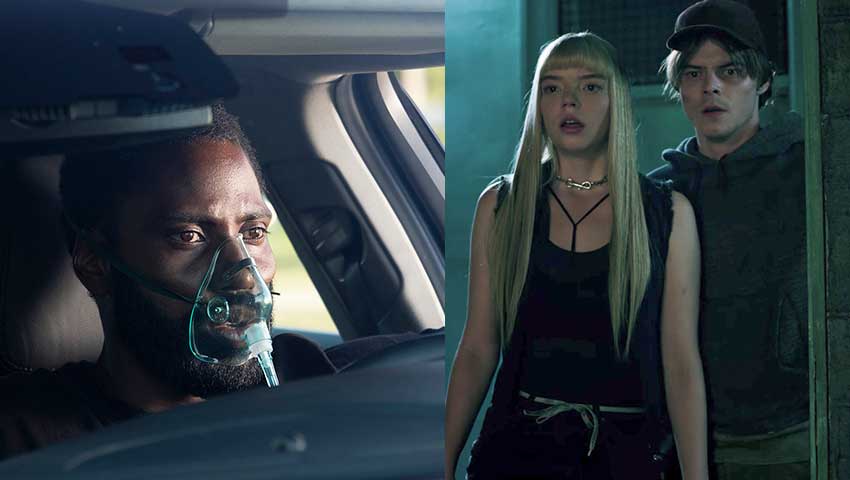 Christopher Nolan's TENET earned $20.2 million at the domestic box office (including Canada) with 65 percent of the movie theaters open in the United States. Considering the COVID-19 situation, the box office result is surprising. The other major releases like THE NEW MUTANTS and UNHINGED released in movie theaters are not faring as well. Here's the roundup on the box office returns since more theaters reopened in July with tentpole films.

Warner Bros. took a gamble releasing Christopher Nolan's latest mind-bending flick at a time when confidence in attending a movie theater is low and major markets like New York and Los Angeles theaters are still closed. Or maybe the studio had no choice with their top talent dictating his preference to release TENET in this new normal rather than pushing the date or releasing it on digital platforms. Nolan has long been a proponent for theater exhibitors who have been hurting since the pandemic hit.

TENET earned $11.1 million from IMAX theaters alone from 43 markets, according to The Hollywood Reporter. Globally, the Nolan film has taken in $146.2 million. THR reports the film starring Robert Pattinson and John David Washington must earn $500 million worldwide to break even.

TENET has performed much better than the two other major studio releases. Russell Crowe's UNHINGED was the first film to test the waters. Opening in less than 300 theaters domestically, the road rage thriller opened with $601.032 August 14. UNHINGED also opened internationally and globally it's taken in $11.3 million.

THE NEW MUTANTS was released August 28 as more theaters opened their doors again, and brought in $7.1 million opening weekend. Despite low Rotten Tomatoes scores from fans and critics, box office receipts worldwide are at $20.9 million.

In comparison, TENET's opening numbers are rather impressive although in normal circumstances $20 million would be considered a failure.

The next major release is another Warner Bros. tentpole with WONDER WOMAN 1984 opening October 2.