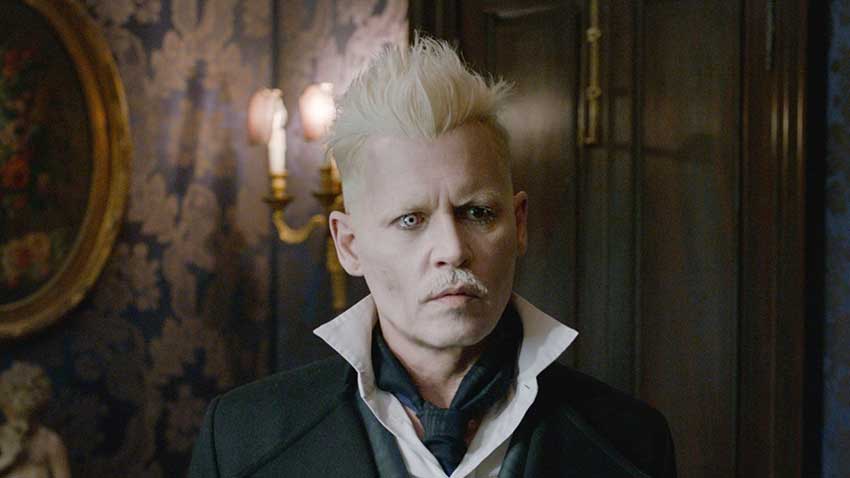 After losing his libel suit against the publishers behind The Sun, Johnny Depp released a statement announcing he's exiting the next FANTASTIC BEASTS sequel per Warner Bros.' request. See the statement below and take our poll.

Depp was set to return to the third movie in the FANTASTIC BEASTS franchise as the villain Grindelwald.  His appearance in the 2018 film FANTASTIC BEASTS: THE CRIMES OF GRINDELWALD caused controversy over the spousal abuse accusations from his ex-wife Amber Heard.  J.K. Rowlings defended the decison to cast him in the movie so what changed?

Would you like to see Colin Farrell return as Grindelwald in #FantasticBeasts3 now that Johnny Depp is out?

In the summer, the actor went to court in a libel suit over a 2018 article in Britain's The Sun which referred to him as a "wife beater" over Heard's domestic violence allegations.  He took The Sun publisher, News Group Newspapers to court over the reference. On November 2, the judge in the case ruled against him stating there was enough evidence presented to support the "wife beater" term.

A few days later, Depp penned a typewritten letter stating he was resigning from the FANTASTIC BEASTS 3 production. "I wish to let you know that I have been asked to resign by Warner Bros. from my role as Grindelwald in 'Fantastic Beasts' and I have respected and agreed to that request." The WB decision may have taken the actor by suprise and no doubt fans will be angered by the studio's decision which may be why he mentioned it in his statement. In the letter, he also states he will appeal the decision regarding the U.K. case. See it below.

In our Twitter poll, fans picked the option for Depp to return rather than having Colin Farrell reprise the role he originated in the first film.

The question remains whether Colin Farrell will be asked to return or will they cast a new actor. FANTASTIC BEASTS AND WHERE YOU CAN FIND THEM 3 is set for release in 2022. 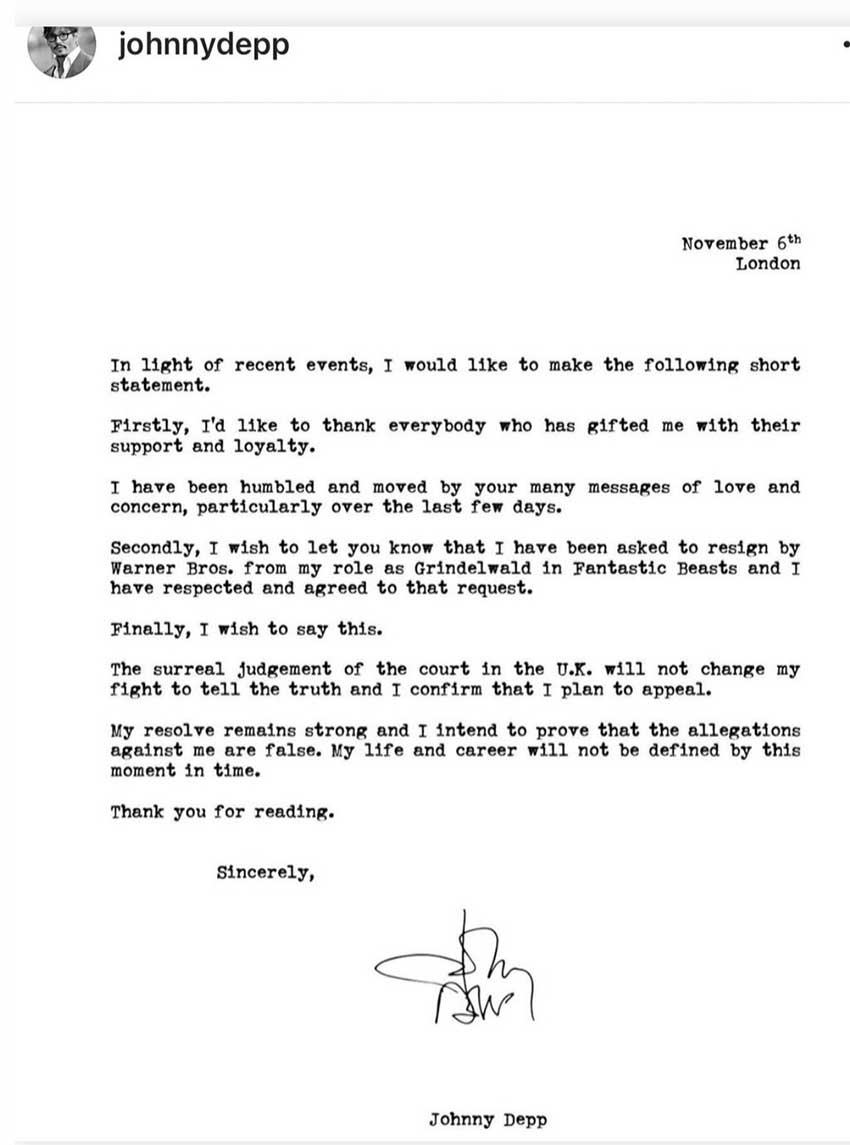