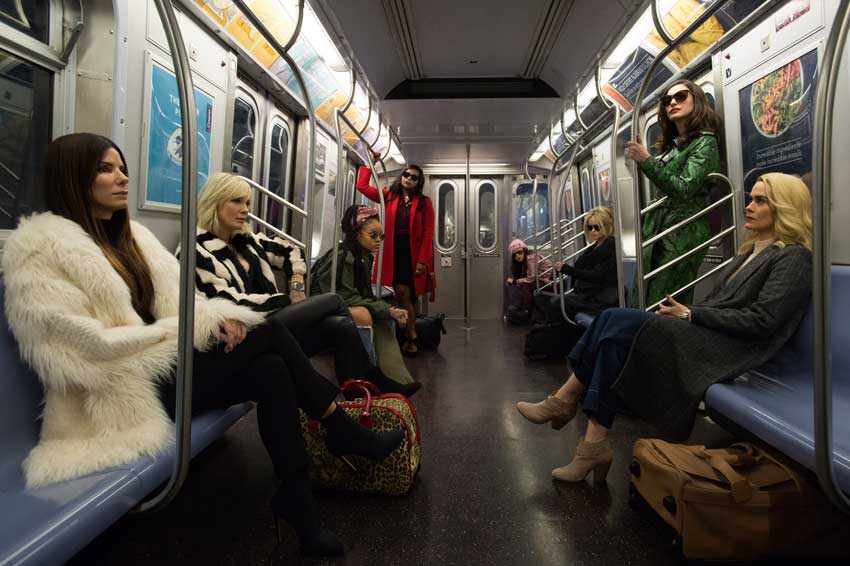 The ladies got this.

Sandra Bullock leads the pack along with Cate Blanchett, Anne Hathaway, Mindy Kaling, Sarah Paulson, Awkwafina, Rihanna and Helena Bonham Carter in OCEAN'S 8, and we’re seeing a first look at the women in a first look picture that marks the start of production.

Gary Ross directs the all-star cast heist movie. The tide has turned and it’s a whole new “Ocean’s” when eight women plan and execute a heist in New York.

The film is set for release in Summer 2018 and will be distributed worldwide by Warner Bros. Pictures, a Warner Bros. Entertainment Company, and in select territories by Village Roadshow Pictures.