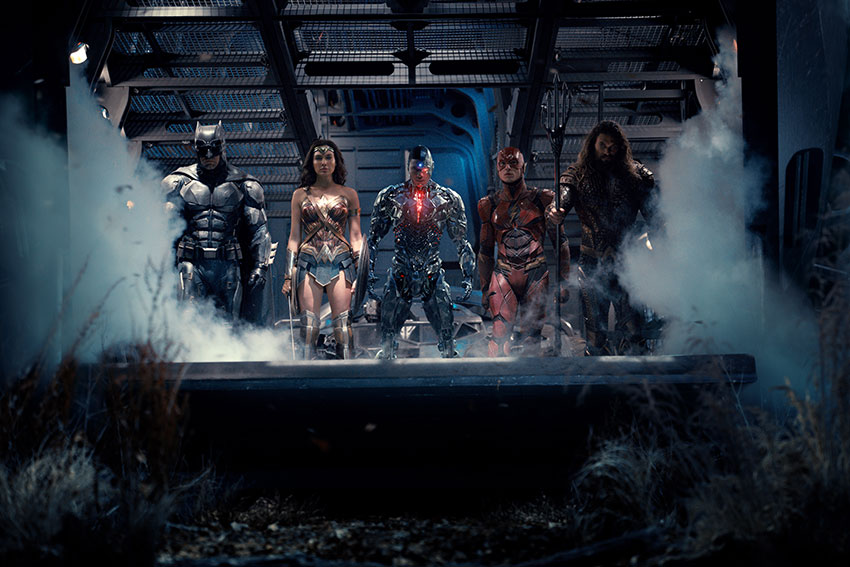 UPDATE: Zack and Deborah Synder told the Hollywood Reporter the new cut may be a four-movie or cut into episodes for the new streaming service. HR also has sources claiming Warner Bros. is budgeting $20 to $30 million for post production which sounds like it needs a bit of work which explains the 2021 release.

Since the 2017 release of DC's JUSTICE LEAGUE, fans and cast members have been campaigning for Warner Bros. to release the Zack Synder cut of JUSTICE LEAGUE, and it seems to have paid off with Synder's version coming to HBO Max in 2021.

Zack Synder announced the news during his MAN OF STEAL live stream and Q&A Wednesday, and later confirmed it in a tweet (see below). HBO, which is arm of Time Warner is launching their own streaming service with HBO Max May 27, yet the Synder JUSTICE LEAGUE cut won't make its debut until 2021. Why wait so long when it would be a great stunt for the launch? Maybe his version of JUSTICE LEAGUE isn't quite ready for a release with tweaks and finishing up special effects that weren't fully rendered.

For those who don't know the history of the competing JUSTICE LEAGUE movies, Snyder left the DCEU film in the post production phase after a family tragedy (his daughter committed suicide) although most rabid fans blame Warner Bros. for removing him from the film due to his consistent dark tone for all his DCEU fims.  Joss Whedon, who successfully launched THE AVENGERS franchise, was brought in to bring some levity to the film. Whedon's JUSTICE LEAGUE was just as polarizing as Synder's previous DC films.