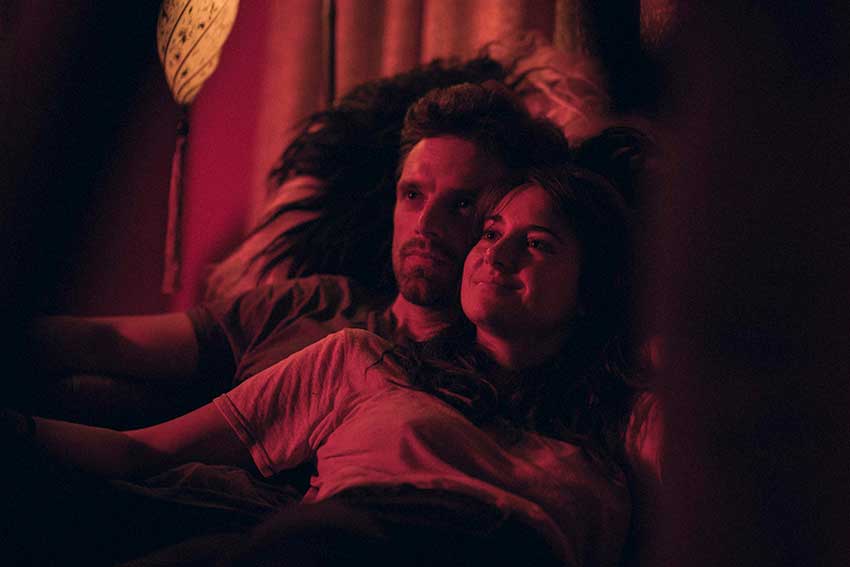 ENDINGS, BEGINNINGS, a super duper sexy film starring Shailene Woodley, Sebastian Stan, and Jamie Dornan arrives on Digital April 17. The trio strip down for some tantalizing scenes, and it seems no body doubles were used.

In the romantic drama, Woodley's Daphne is torn between two best friends played by Stan and Dornan. Just when Daphne commits to being on her own after a long-term relationship, these two hunks start wooing her. I wouldn't be able to resist those two either.

Stan is Frank, the bad boy who doesn't mind sharing Daphne with Jack, the reliable but commitment-phobe boyfriend.

Directed by Drake Doremus (Equals, Like Crazy) who co-wrote the script with Jardine Libaire, who makes her feature screenwriting debut, ENDINGS, BEGINNINGS doesn't play out as expected considering the plot revolves around a love triangle. It's what I call a slice of life story. Viewers follow this woman's relationship with the men in a voyeuristic fashion.

The two friends would tell each other about the other's encounter. When you're expecting a blow out in the love triangle, it doesn't happen. There's drama but it's not melodramatic. 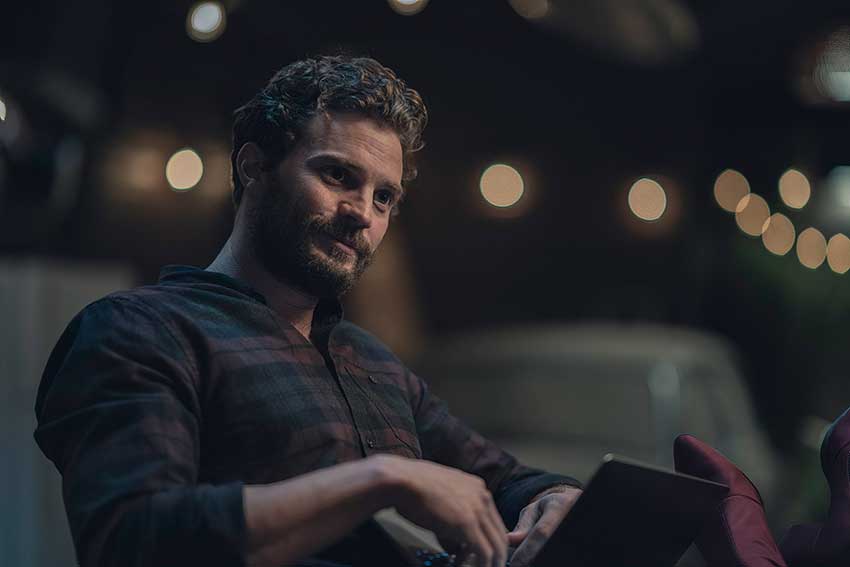 At one point I expected a twist in which the two BFF's perhaps made some sort of bet who could sleep with Daphne first but it never materialized. There is a consequence from Daphne's dalliance but not in scandalous way most viewers would expect.

There is a sexual encounter between Sebastian Stan and Shailene Woodley that will have you needing a cold shower. And the actors don't use body doubles for a steamy scene in which a single shot reveals it's their naked bodies grinding against each other. We haven't seen this much skin from both actors, signaling at least for Shailene that she's tackling more adult roles since "Big Little Lies." This role actually has similarities to Jane from the HBO show.

Shailene's sex scenes with Jamie Dornan is much more tamed. Unfortunately for some of us, he doesn't take his clothes off probably because he's so done with that stuff since the FIFTY SHADES OF GREY trilogy.

Another first for Shailene is her singing debut in a duet, and she has a lovely voice. I can envision her in a musical. And speaking of music, the soundtrack is great with alternative music laced throughout as Daphne's playlist.

One complaint about the movie is the on screen texting interchange between the three characters. It's not your typical text format but a marker like font that's distracting. My other problem with the movie is how much these characters smoke. Practically every other shot has the character's smoking cigarettes like chimneys. I haven't seen this much smoking since "Mad Men" which was very common for that time period. In this modern day story, smoking has no significance to the story so I'm not sure why the director wants to promote such a bad and dangerous habit.

ENDINGS, BEGINNINGS is an interesting watch especially if you're a fan of these three gorgeous specimens. It's a slow build, and you can't predict where the plot is headed, but the performances are worthwhile. In the end, you're rooting for Daphne to end up with both. Come on ladies, how can you possibly choose between that awesome manwich.