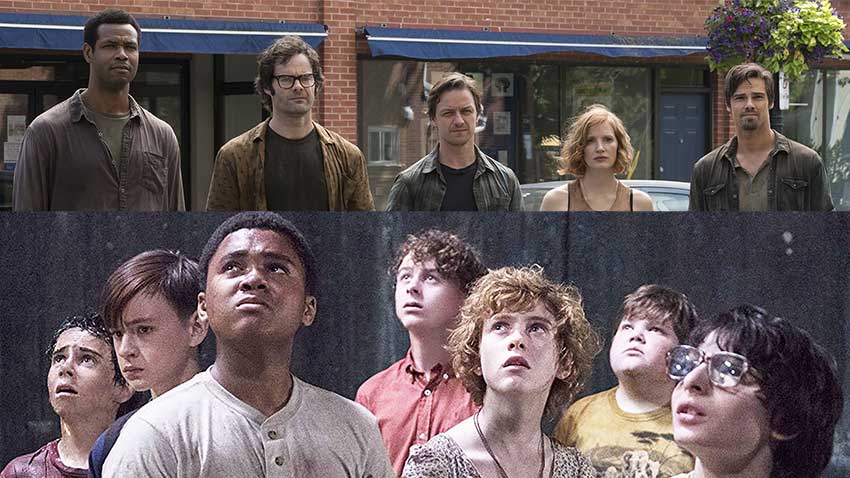 Pennywise is back in IT: CHAPTER 2 with Jessica Chastain, James McAvoy and Bill Hader assuming the adult roles. How does the new Loser's Club compare to the young squad? Watch my movie review below for the scoop on the IT sequel.

In a nutshell, IT: CHAPTER 2 is scarier than the first one but not necessarily better. At a running time of 2 hours and 48 minutes, the movie directed once again by Andy Muscietti and written by Gary Dauberman, is slow moving and stalls in the first two acts. Another issue is the adult cast don't have the same chemistry as the young actors, and frankly being a grown-up sucks.

For a longer explanation of the above issues, watch below.

Evil resurfaces in Derry as director Andy Muschietti reunites the Losers Club—young and adult—in a return to where it all began with “It Chapter Two.”

The film is Muschietti’s follow-up to 2017’s critically acclaimed and massive worldwide box office hit “IT,” which grossed over $700 million globally. Both redefining and transcending the genre, “IT” became part of the cultural zeitgeist as well as the highest-grossing horror film of all time.

Because every 27 years evil revisits the town of Derry, Maine, “It Chapter Two” brings the characters—who’ve long since gone their separate ways—back together as adults, nearly three decades after the events of the first film.