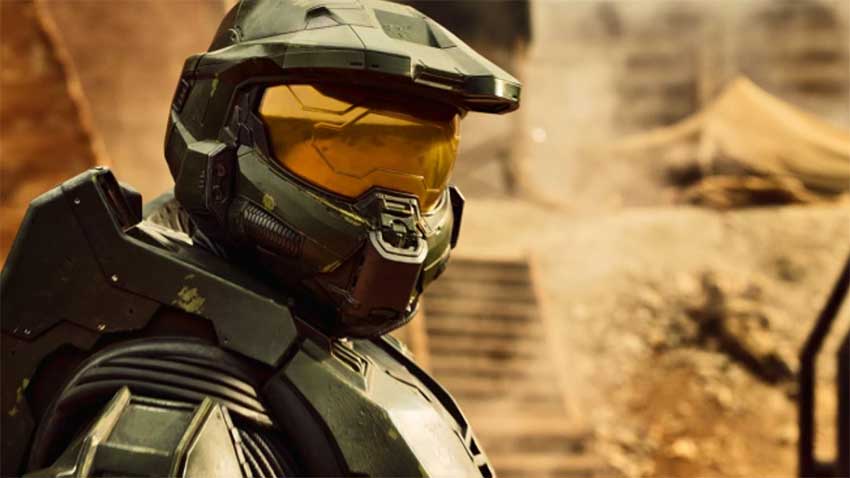 When adapting video games, the term “based on” is often used to describe the project. In the case of Paramount+ ’s Halo’s series, “influenced by” seems to be more fitting for a television series that borrows the concept but creates something closer to The Mandalorian.

The Alien Covenant threatens the human race and Master Chief may be the only one who can stop them.

Halo changed video gaming 20 years ago and it’s still a global phenomenon. After many failed attempts at adapting it into a live-action movie with Guillermo del Toro, Neill Blomkamp, Peter Jackson attached to the project, Steven Spielberg’s Amblin finally saw it through with a series for Paramount+.

Producers often keep details of a highly-anticipated project such as this top secret, but the crew dropped major spoilers ahead of its release to temper fans’ expectations. The revelations include the unmasking of Master Chief, something the game has never fully done, and that the new series is unlike the game which means they have taken some creative licenses.

Paramount made the first two episodes available for screening. Episode 1 titled “Contact,” takes place in the year 2552. The Spartans land on the planet Madrigal, an independent colony that is being attacked by the Alien Covenant. A controversial order regarding one of the survivors has John questioning a direct command. An object found on the planet changes Master Chief and he will begin to question what he’s been told his whole life.

In episode 2 (“Unbound”), Master Chief goes rogue in his quest to get answers about what he found on the planet of Madrigal. He encounters old friends and learns disturbing new information.

At the onset of the first episode, you won’t recognize the setting or characters who look like something out of the Mad Max movies. The characters in the colony explain who the Spartans are for those not familiar with Halo’s heroes. The Spartans don’t make an appearance well into the 11-minute mark which may annoy some gamer fans. It’s an odd choice but the purpose is clear. It introduces a character with no origins in the games played by Yerin Ha (“Reef Break”) who the Master Chief will feel compelled to protect in the series.

Another interesting choice is unmasking Master Chief very early on, revealing Pablo Schreiber as John. The producers reveal they wanted to humanize the character, and the only way to do so was with the mask off. It’s a brave move but will fans of the video game embrace this new vision? Schreiber is easy to embrace as the hero as this brooding character who is learning to become human once again.

The plot sounds familiar, and some would say it’s straight out of The Mandalorian. The suited soldier takes an orphan captive but disobeys orders to turn him/her in. This soldier also has something everyone wants and they are willing to kill for it. In this case, the object will determine the fate of humanity which has more worldly consequences than the Star Wars series. But then again, that sounds like every sci-fi project’s plot. Hence, Halo doesn’t really bring anything original to the story.

While the storyline is easy to follow, what’s unclear as a non-gamer is the history between the Alien Covenant and the humans.

HALO’s various settings also look borrowed from other classic sci-fi projects. As mentioned earlier, MAD MAX came to mind with the opening sequence. In another setting, it looks like we stepped onto Mars from Arnold Schwarzenegger’s TOTAL RECALL. Or we get a Star Trek vibe from the United Nations Space Command center.

Natascha McElhone (“Californication”) is perfect as Dr. Halsey, the creator of the Spartan super soldiers, whose ambition is endless and questionable. Jen Taylor, who voiced Cortana in the video game series makes brief appearances but she’s not fully realized in the first two episodes.

Unfortunately, the other characters are cookie-cutter personalities that don’t make much of an impact including the orphaned survivor Quan who we’re supposed to be rooting for as the main protagonist alongside Master Chief.

The explosions and CGI in the opening sequence are a bit on the cheap side but the space bits are much better. The VFX is on the same scale as the other Paramount+ Star Trek series which isn’t saying much.

As a stand-alone sci-fi series, genre fans will get what they came for out of the Halo series. As an adaptation, gamers will have to adjust their expectations and keep an open mind while enjoying the Easter Eggs.

Halo premieres on Paramount+ on March 24.