'Jolt' Movie Review: Shocking For All The Wrong Reasons 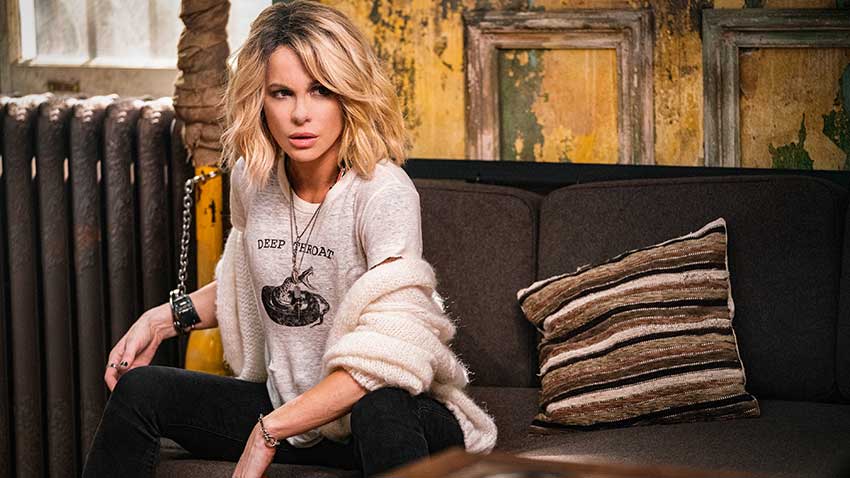 How did a movie boasting an ensemble cast that includes Kate Beckinsale, Bobby Cannavale, Jai Courtney, Laverne Cox, and Stanley Tucci go so wrong? JOLT is a mess from start to finish with horrible acting all around, a ridiculous premise worthy of a She-Hulk storyline, and a twist you see coming a mile away. On the guilty-pleasure side, you do get a rush watching Beckinsale kick butt despite the idiotic premise. It’s no wonder JOLT went straight to Amazon Prime Video.

Beckinsale plays Lindy, a woman suffering from rage issues due to a rare neurological disorder. To control her urge to hurt others, she shocks herself using a device supplied by Tucci’s Dr. Munchin. When Lindy finds a man who understands her and brings calm to her neurotic nature, she's hooked but when Justin winds up dead the day after their one-night stand, she becomes obsessed with finding his killer.

Alarms bells should be going off in your head based on the above synopsis. First, you have to believe Lindy is some sort of She-Hulk minus the green color and size. Next, you have to suspend belief that a hot mess like Lindy would go up against a mob for a man she’s known for less than a day. It worked for John Wick, but that was a puppy, and he is an experienced assassin. While the film is self-aware of that, the jokes fall flat and inspire a few eye rolls.

JOLT borrows from so many other films such as ATOMIC BLONDE without the espionage, and a female version of Jason Statham’s CRANK but without the fun. Written from a male perspective by screenwriter (Scott Wascha) and directed by Tanya Wexler (HYSTERIA), the premise is rather insulting, feeding into the “female hysteria” myth and the notion that a man is an answer to taming Lindy. Some of the male characters speak to that, but they pay the price with an ass whooping which is satisfying. 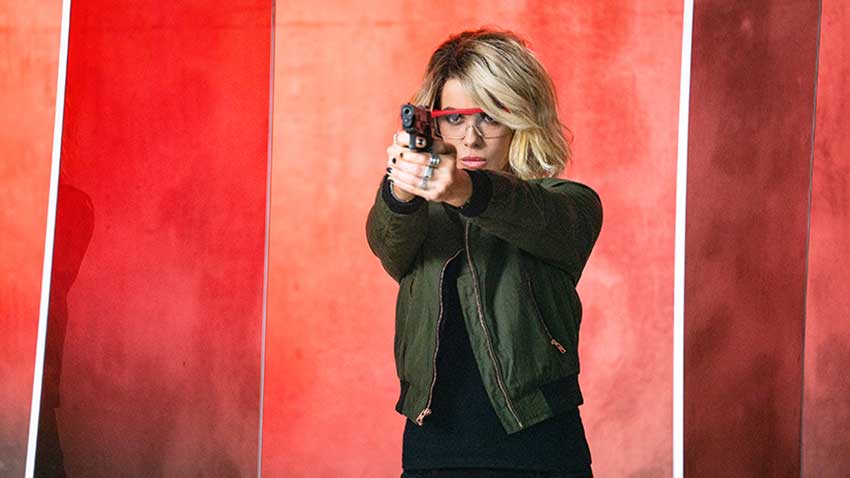 Beckinsale’s action sequences were perhaps the only enjoyable part of the movie when she takes down the toxic male. The UNDERWORLD actress is no stranger to action, but in JOLT, it’s messy and gritty given she’s not trained in any form of a fighting technique. She’s literally kicking and screaming and throwing her body and objects around in fight matches.

Let’s talk about the over-the-top acting. Wexler must have given direction to go big or go home. I enjoy watching Laverne Cox but in JOLT, her Detective Nevin reacts by rolling her eyes and over-acting. A character in Act 3 does his best impersonation of the maniacal villain. As Cox’s partner, Bobby Cannavale plays a bizarre character who’s sweet on Lindy, so he fails to do his job. That character remains on the sidelines and then shows up when it’s convenient to feed Lindy information. Stanley Tucci plays his usual quirky character for his brief appearances.

Beckinsale’s posh English accent is also a huge distraction. Lindy was abandoned by her parents and sent to various mental institutions because of her condition so a posh accent makes zero sense.

JOLT is absurd from start to finish with the tone changing throughout. The film is categorized as an action-comedy but attempts at humor inspire more eye rolls than laughter. One outrageous moment in a hospital nursery has you wondering what they were thinking when Lindy carefully tosses newborn babies at Cox’s Detective Nevin in order to avoid capture. In another scene, Lindy casually walks into the police station with no issues and steals a file from the detective’s desk.

The good thing about JOLT is that if you’re an Amazon Prime subscriber, the movie is free to watch so you don’t feel you wasted your money, just your time.