'Mayor Pete' Review: A Side of Pete Buttigieg We Didn’t See 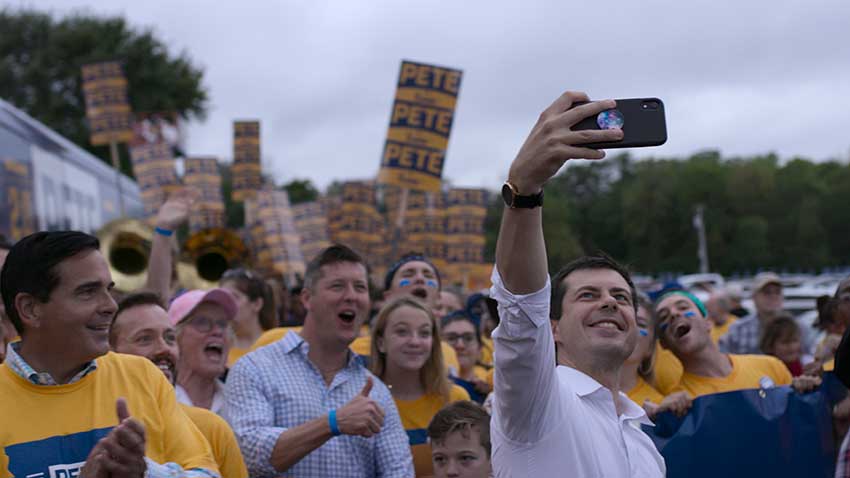 The new Prime Video documentary, MAYOR PETE follows the youngest U.S. presidential candidate during the campaign trail, and reveals a side of Pete Buttigieg that may surprise most viewers.

In MAYOR PETE, the cameras follow the first gay presidential candidate from the earliest days of the campaign to the point where he conceded to President Biden. Viewers meet his husband Chasten who provides a lot of insight into Mayor Pete.

The 96-minute documentary introduces viewers to the real Pete Buttigieg, an introvert and someone who’s not comfortable expressing his inner thoughts. That’s quite the opposite of what we saw during the presidential campaign and in his current job as U.S. Secretary of Transportation. On the outside, the former South Bend mayor is very zen-like and quick-witted especially when he’s on Fox News, but in the Prime Video documentary- we get a very different perspective.

In MAYOR PETE, Buttigieg is the quiet and reflective type. He listens attentively to his team when they make suggestions about his speeches and takes it all in. Like his public persona, he is low-key and not a reactive person, but perhaps his husband Chasten would like him to be. Chasten at numerous points explains that the presidential candidate doesn’t always express his feelings openly. You see that often in the documentary when Pete enters into a contemplating mode after hearing criticisms from his staffers or his husband.

MAYOR PETE provides much insight into the Buttigieg’s marriage. Like all marriages, one is more dominant than the other and that label belongs to Chasten. The impression you get is that Chasten feels Pete plays down the gay factor, and twice points out why he’s not on stage like the other candidate’s spouses. There’s definitely some hurt feelings there.

Aside from showing the real Pete Buttigieg, the Prime Video documentary solidifies Mayor Pete as a thoughtful, genuine person and a force to be reckoned with and more than capable of perhaps becoming the first gay U.S. President.