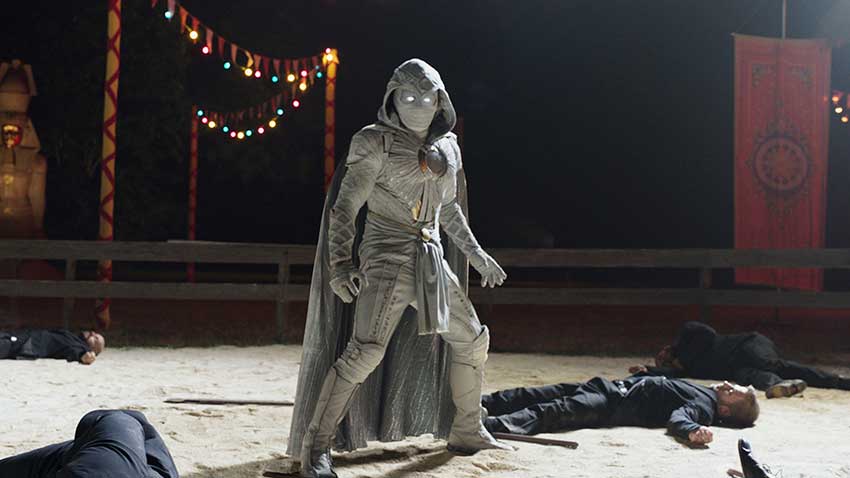 Marvel's Moon Knight is Indiana Jones with supernatural elements. Oscar Isaac proves once again he is the best actor of this generation. You get pure joy out of watching the actor play two completely different characters in one body. Ethan Hawks’ zen character delivers a refreshing take on an antagonist.

Based on the Marvel comic, the series follows Steven Grant, a socially awkward gift shop employee who suffers blackouts. During his blackouts, his alter ego Marc Spector takes over and becomes the Moon Knight. Steven must come to terms with his dissociative identity disorder as Marc’s enemies descend upon both of them. Assisting them is an Egyptian god named Khonshu (voiced by F. Murray Abraham) who took over Marc’s body and endowed him with powers as Moon Knight.

Moon Night is very different from any previous Disney+ series and MCU movies. There’s no reference to events in those two worlds. It’s a standalone and refreshing story that plays like an Indiana Jones movie as the characters set off on an adventure to find an Egyptian relic to save the world from Arthur Harrow’s (Hawke) cult which is seeking to reset the world with the chosen ones.

Moon Knight is heavy on Egyptian mythology so your full attention is required to follow the action. Like any treasure hunt story, characters follow clues as the bad guys follow close behind. The plot may sound familiar but the supernatural aspect makes it all the more interesting.

Written by Jeremy Slater, the Marvel 6-part series balances humor and horror elements flawlessly. The laugh-out-loud moments come courtesy of Steven as the socially-inept, fish-out-water character who faces off with invisible predators

Oscar’s handling of the dual roles is magnificent. The two characters are vastly different, physically and emotionally. Oscar transforms his facial features between Steven and Marc. You instantly know what character he is inhabiting. In one instant, Steven's puppy eyes are staring into a reflection of the fierce-looking Marc. It’s as if two different actors are acting opposite each other.

Ethan Hawk also brings a refreshing take on a villainous portrayal. He’s not a maniac but a low-key, Zen enemy. May Calamawy’s Layla El-Faouly is also a welcome addition. She’s more than capable of taking care of herself, and her vibe will remind you of Karen Allen’s Marion from INDIANA JONES AND THE RAIDERS OF THE LOST ARK. Another standout is F. Murray Abraham as the voice of the menacing Khonshu.

Directed by showrunner Mohammed Diab, Justin Benson and Aaron Moorehead, Moon Knight is visually stunningt. Having watched it on the small screen with a copyright logo splashed across the screen and then at the Hollywood premiere at The El Capitan theater, the second time was magnificent, especially during the intense, scary moments. The series has a film-like quality, which gives the impression it’s a six-hour-long movie rather than an episodic serial.

The two costumes for the hero are stunning with colors rarely seen in this genre. It works out so that Steven and Marc have their own form of the Moon Knight costume. It’s brilliant!

Disney and Marvel allowed the press to view four out of the six episodes. It’s rare for them to release more than two but the move might’ve been strategic. It takes more than two shows to really hook you, and the climax in the fourth episode is a doozy. It’s really going to drive me crazy having to wait a month to see what happens next and in the meantime stay quiet about that huge turning point.