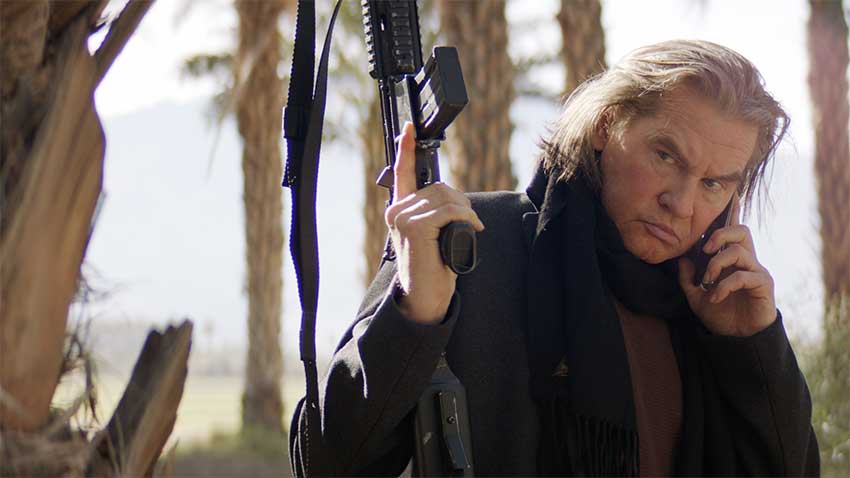 Nothing irks me more than bad acting, and PAYDIRT is full of it, mostly coming from the female characters who are only there to be objectified. Starring Luke Goss (THE HARD WAY, HELLBOY II, BLADE II) and Val Kilmer (THE DOORS, HEAT, TOMBSTONE), the film from writer/directer Christian Sesma is rife with bad dialogue, an unwatchable performance by Kilmer and a perpetuation of the Latino stereotype.

In PAYDIRT, Damien (Goss), a parolee teams up with his old crew to find the $33 million stolen from a drug dealer five years ago. The cartel are after him, and so is retired Sheriff Tucker played by Kilmer.

Uncork'd Entertainment released the PAYDIRT in theaters, VOD and on Digital HD August 7. The 85-minute run time should be your first clue that this action movie is a bust.

First off, labeled an action/crime/thriller, it has neither of those elements until two moments near the end. Luke Goss, known mostly for his roles in action films like HELLBOY II, BLADE II and a DEATH RACE movie, is lifeless here with no charisma or quirkiness, but he does have his good looks going for him. All the characters are bland except for the comic relief of Mike Hatton as Geoff and Paul Sloan as Tony. They were the one and only highlight. 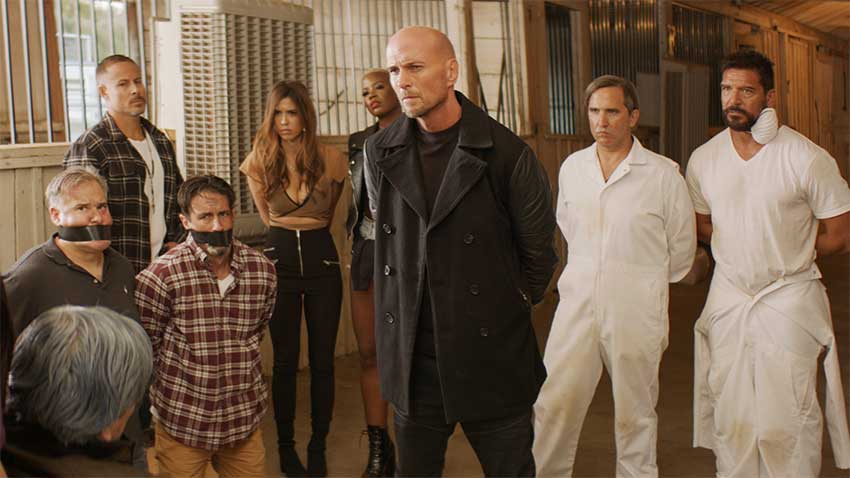 While Sesma got the diversity memo by casting feisty Latinas and a tough black woman, he falls way short on giving them direction or character traits other than mastering the eye roll and playing up the sexy card. You can always spot bad actors when their repertoire solely consists of eye rolling their reactions. That's what you get with the four women in PAYDIRT. My eyes rolled back into my head when certain lines were uttered by these female characters. It wasn't just the delivery but the words. In addition, two of Damien's crew are a lesbian couple who play the part defined by the male gaze - to serve up the man's desires. The men fare better in the acting department, and in the dialogue. Why is that?

It seems the only way to include Latinx characters in movies is to have the plot revolve around a drug cartel. PAYDIRT is the latest movie to perpetuate the Latinx community as either spicy Latinas or drug dealers. Look to David Ayer’s latest film, THE TAX COLLECTOR to add to that rhetoric. 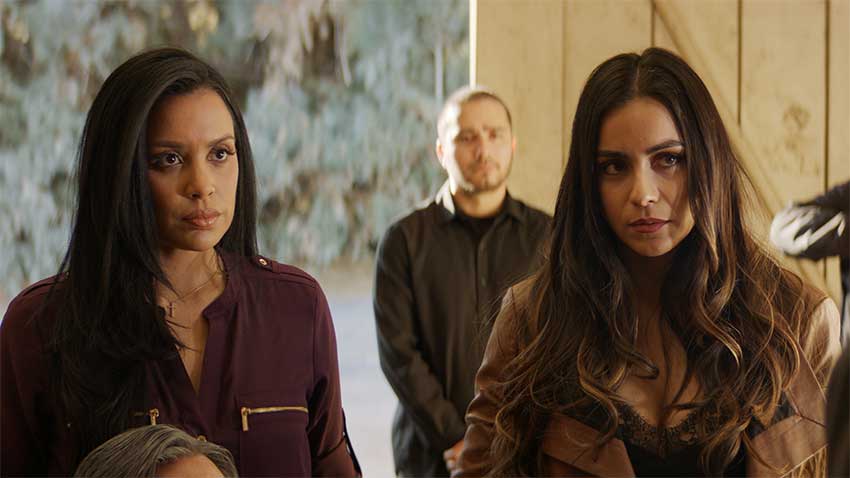 Val Kilmer is not only wasted in this lackluster role, but the actor's lines are badly dubbed over. The actor suffered though throat cancer, and in recent interviews, you can hear the toll the disease took on his vocal chords. In PAYDIRT, they used another actor but it was painfully clear the lip movement didn't match the dub. It's hard to imagine you can create monsters out of thin air in post production, but you can't match the mouth movement?

Kilmer’s daughter Mercedes Kilmer makes her feature film debut as an actress playing his daughter on screen as well. Her sole purpose in two scenes is to bring a human side to his Sheriff character but other than that - there's not much substance to Sheriff Turner except to intervene in a later scene.

No doubt Sesma's influences are Guy Ritchie and Quentin Tarantino. He introduces the crew a la KILLING BILL with graphic titles, such as the Brit, the Brains and the Brawn. Except PAYDIRT has no style or depth. Set in the Coachella Valley, the desert doesn’t make for an interesting backdrop, and neither do the dull characters.

While we know the plot (find the loot), the action the crew plans makes no sense especially when you get to the disappointing plot twist.

Clearly studios are dusting off their unreleased movies, and releasing them during the pandemic because of the demand for original product, but maybe it should've stayed buried.