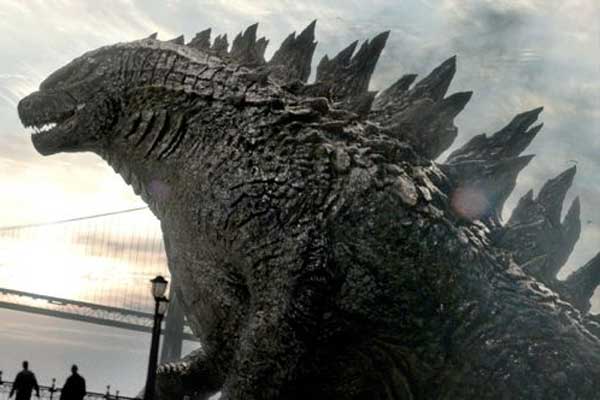 Should you go see the rebirth of GODZILLA when it opens May 16?  I'll save you the time of reading through this post with a simple answer - Hell, yeah!

Some people have complained there isn't enough Godzilla in the movie, but GODZILLA director Gareth Edwards did something unique in that he saved the best for last. You see the monster fest throughout the movie, but it's done in a clever way that pays off at the end. I'll admit I was frustrated at two points in the movie with the direction Edwards took, but after the whole thing was over, I realized he broke the Hollywood formula and it worked. Edwards calls this approach "cinematic foreplay" in a recent interview with the GODZILLA director.

People also tend to forget that you need a story and not just all out action. How many times can we see a city get destroyed, and Edwards keeps that in mind. The human element to the monster reboot is compelling as we follow Aaron Taylor-Johnson's journey back to his family in San Francisco before the all-out monster battle begins. There is plenty of action and destruction around the human portion of the movie that you don't feel like your missing out. 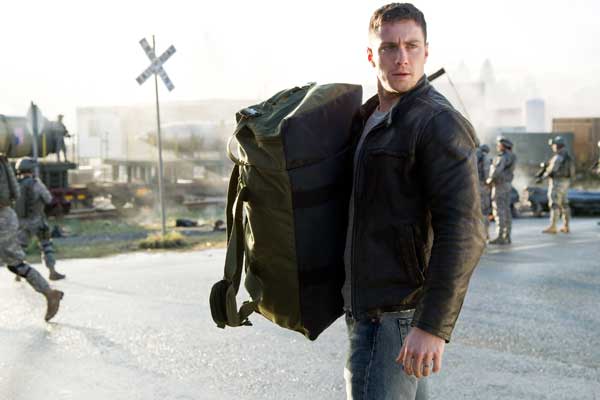 Seeing the new and improved Godzilla on the big screen was such a thrill, it gave me goosebumps. This is not your Godzilla from the Toho movies, nor that horrible 1998 reboot starring Matthew Broderick which had Godzilla looking like a Jurassic Park leftover, but a new and improved modern monster. He's certainly super-sized, but that just adds to his menacing stature, and that roar was perfect.  And just wait until he uses his atomic breath. That was climactic.

So why are Japanese fans and others saying Godzilla is "too fat?" I'll admit seeing the new super-sized Kaiju in early images took a little getting used to but that's because you have an image in your head and the new design didn't fit that memory. Godzilla holds many fond memories for many of us especially for me who loved Godzilla as a child staying in on the weekends watching hours of a Godzilla marathon on television. It seems like no reboot can top off that experience. But the memories are just that because if you pop in one of the old Toho films in your Blu-ray or DVD as I recently did, the Kaiju is actually not menacing at all and it's obviously a man in the suit. So when I read of people complaining of the new and improved Godzilla, are you kidding? Sure he's got girth but he is a monster and he's a scary one with the little head on a gigantic body. If people want more of the same, they would just have Andy Serkis (Lord of the Rings, Rise of the Planet of the Apes) motion capture the Japanese monster.

GODZILLA certainly is one of those movies deserving of a repeat viewing, so opening weekend I'll be taking the whole family even mom and dad who to my surprise expressed interest in seeing their old monster friend. GODZILLA should satisfy the existing fan base and a new generation of fans who will be playing with their Godzilla toys.

And you know there is more to come since the monster reboot will be making boffo bucks when it opens which guarantees it a sequel. The GODZILLA movie wets your appetite for more and I can't wait for Godzilla to fight familiar monsters from the Toho movies in a follow-up.