KEANU Movie Review: How To Watch The Movie 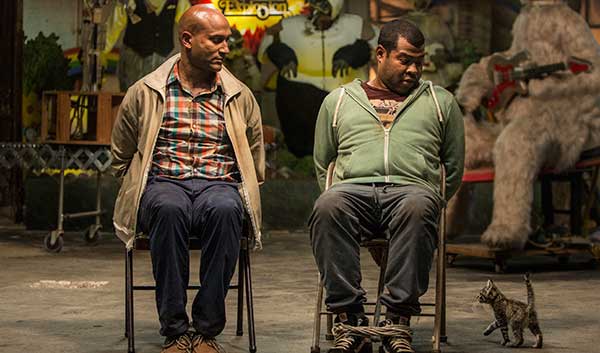 Going in, you should know the KEANU movie, starring Keegan-Michael Key and Jordan Peele, is a silly concept and it’s meant to be. Key and Peele are so very entertaining and funny that you can forgive the ridiculous premise. And how can you resist a cute kitty?

In KEANU, Rell’s (Peele) girlfriend breaks up with him, and it sends him into a depression until a kitty cat shows up at his door. Rell names him Keanu and the two quickly become besties until his apartment is ransacked and Keanu is catnapped. His best friend and cousin Clarence go after the drug dealers led by Method Man who took Keanu, and the clean cut, straight-laced duo pretend to be two dangerous gangsters.

The kitten becomes more valuable than the drug stash and soon the coveted cat starts a gang war, That’s where most of the humor comes in with the two trying to fit in as drug dealers, and playing up the stereotypes of gangsters, and action movies.

KEANU is essentially a movie of funny bits and gags that includes George Michael’s song “Faith,” but the gags don’t overstay its welcome like they do in most comedies with weak premises like ZOOLANDER 2 which counts as my worst 2016 film. Somehow it moves along nicely maintaining the fun aspect of the film.

If you love movie references, KEANU is full of them especially ones related to Keanu Reeves since the cat is obviously named after the actor. There’s a little surprise in KEANU that will make you smile if you’re a fan of Reeves.

KEANU works because you expect the absurd, and the trailer sets it up that way. It’s a silly, but very funny movie.