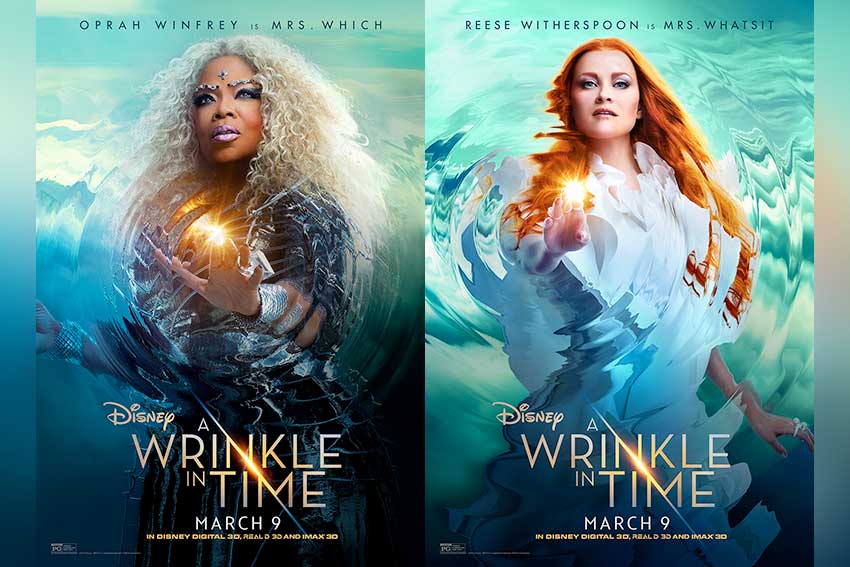 Disney has dropped the new character posters for its anticipated fantasy film, A WRINKLE IN TIME. The posters feature the main cast, Oprah Winfrey as Mrs. Which, Reese Witherspoon as Mrs. Whatsit, Mandy Kaling as Mrs. Who,  and Storm Ried as Meg Murray.  The Mrs. trio are mystical guides who escort a gifted girl, Meg Murray through the universe as she searches for her missing scientist father (Chris Pine.) Check out the four A WRINKLE IN TIME new one-sheets.

From visionary director Ava DuVernay comes Disney’s A WRINKLE IN TIME, an epic adventure based on Madeleine L’Engle’s timeless classic which takes audiences across dimensions of time and space, examining the nature of darkness versus light and, ultimately, the triumph of love. Through one girl’s transformative journey led by three celestial guides, we discover that strength comes from embracing one’s individuality and that the best way to triumph over fear is to travel by one’s own light.

On March 9th, be a warrior. 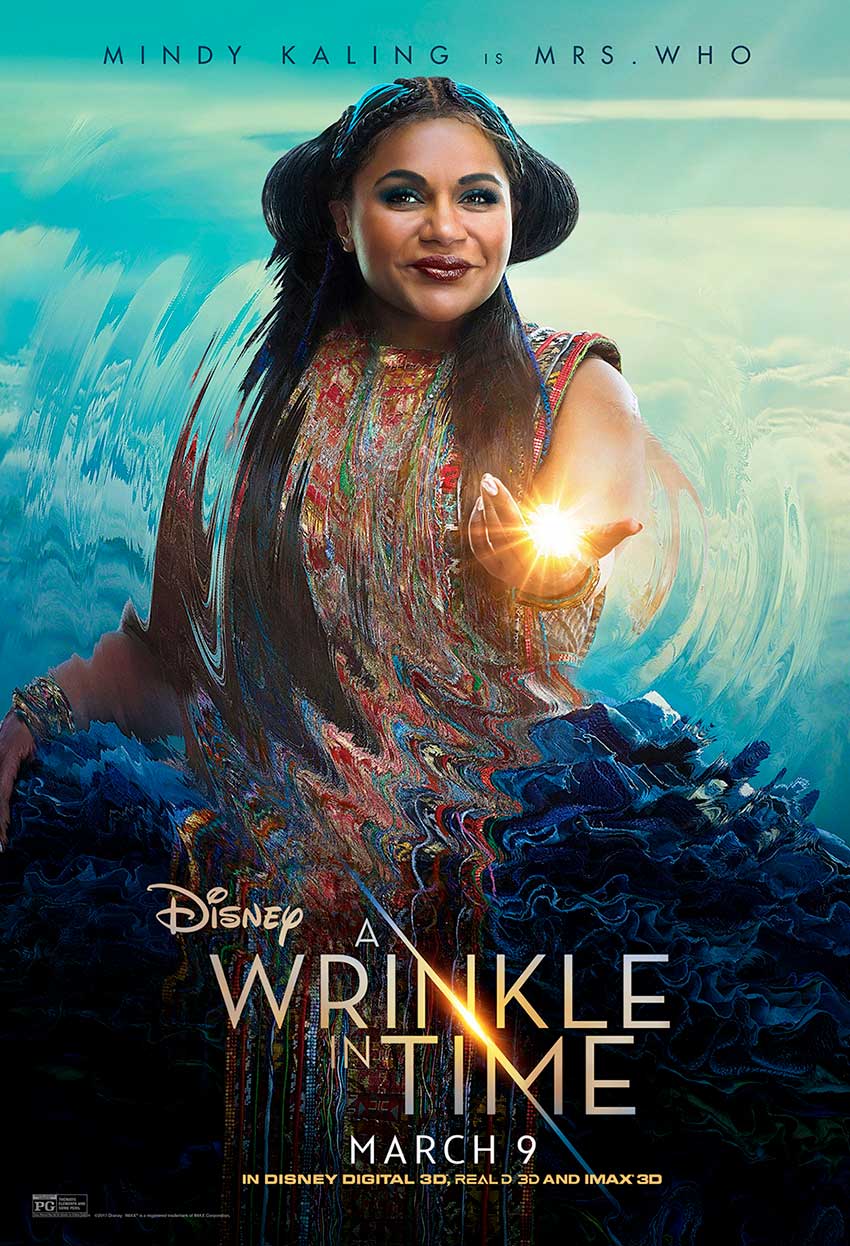 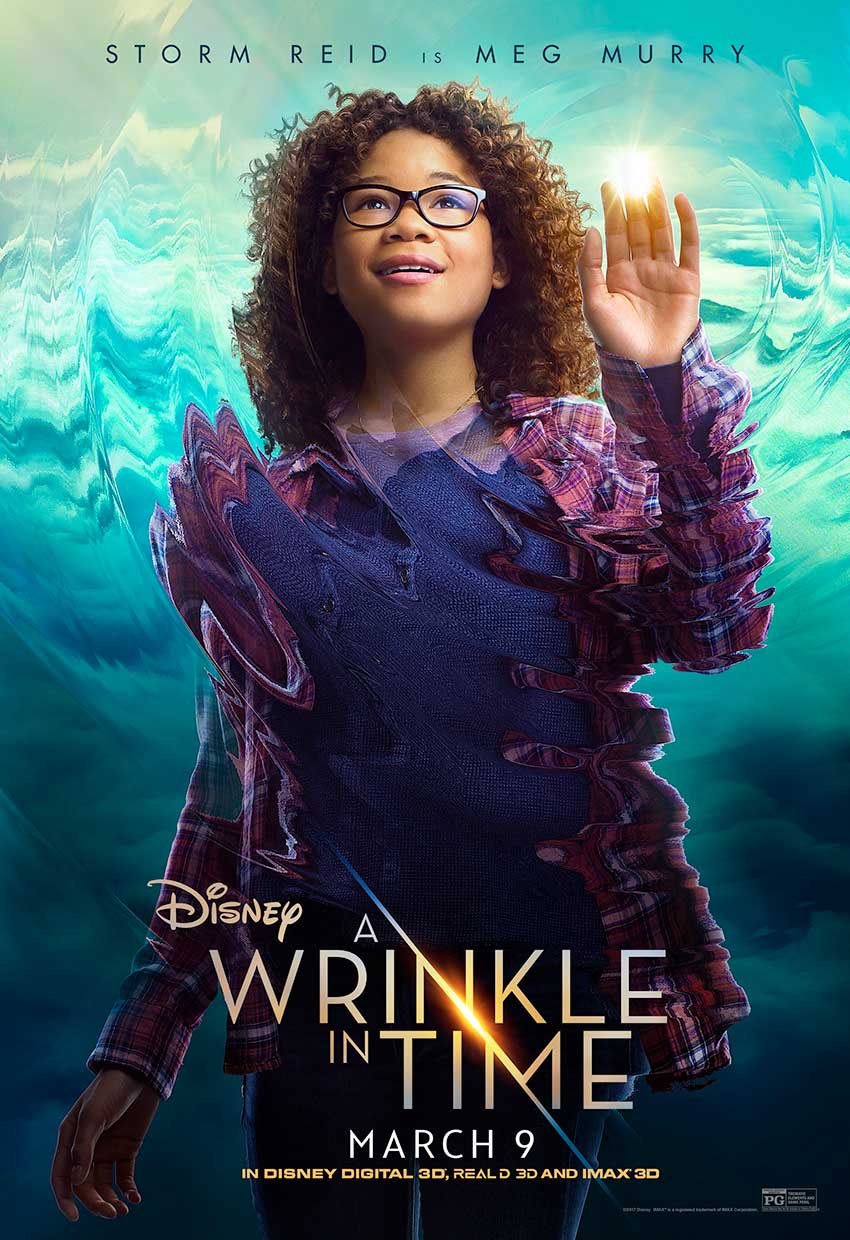 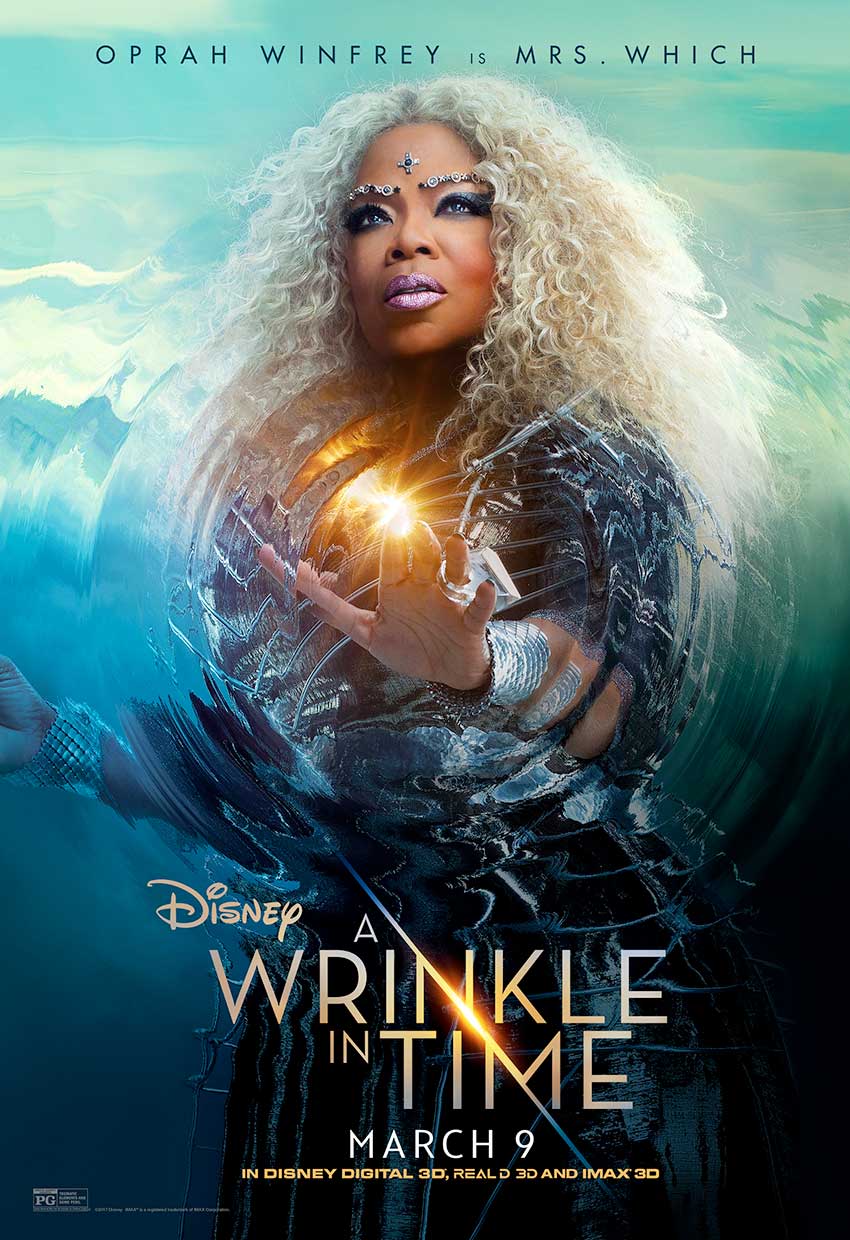 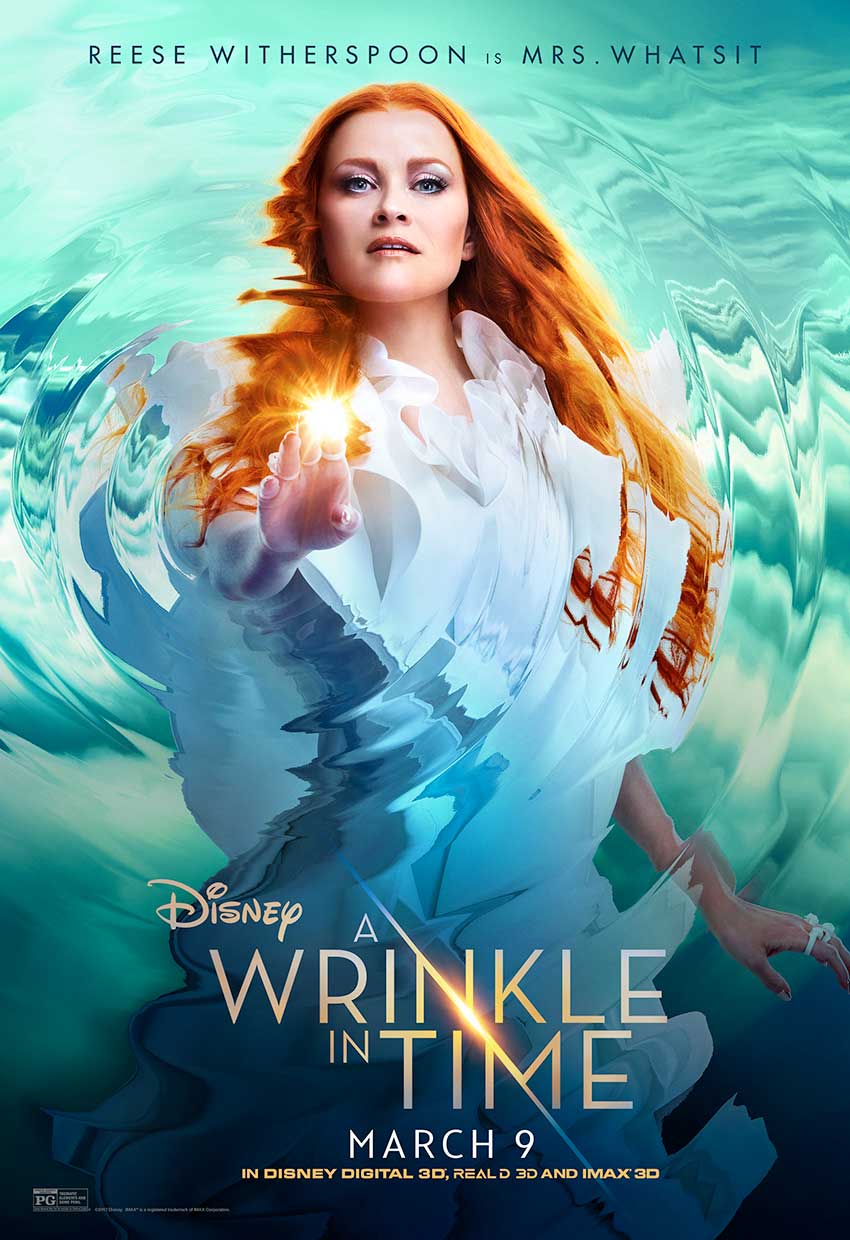