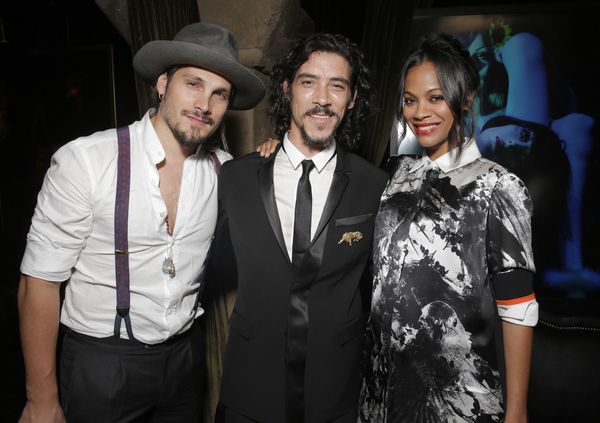 A pregnant Zoe Saldana came out with her husband to the Hollywood premiere of CANTINFLAS starring her former co-star Oscar Jaenada in the title role. The film’s stars in addition to Latino music icons Aleks Syntek and Enrique Bunbury were at the red carpet and after-party. Check out our CANTINFLAS movie premiere photo gallery.

Latino artists Aleks Syntek, Enrique Bunbury and La Santa Cecilia contributed to the movie’s soundtrack so they were present at the Chinese Theater in Hollywood for the red carpet event.

“Guardians of the Galaxy” star Zoe Saldana was out to support her co-star from “The Losers” (2010)and accompanied by her husband Marco Perego. Other stars included “The Bridge’s” Bruno Bichir.