'Fifty Shades of Grey' Review from a Non-Fan

FIFTY SHADES OF GREY is not your typical love story when it involves S&M. What woman wants to be tied up and whipped? Not me. However, director Sam Taylor-Johnson balances the delicate nature of the subject matter in a tasteful way, although there are those sex scenes that make you feel like a voyeur. It was a good choice to go with a woman to helm this odd project. Underneath all the bondage and leather, it’s still a love story that speaks to the romantic in all of us.

The trailer for FIFTY SHADES OF GREY doesn’t do the movie any favors since it plays it up in a serious tone, and not at all playful and comedic as in the end result. The comedy aspect of the film helps the audience not take it so seriously especially when they throw out some of the classic cheesy dialogue from the book. As a person not familiar with the novel, the only knowledge of the story and characters was from the media hype surrounding the phenomena when it was released. A fan of the book was also pleasantly surprised by the movie, and even went as far as saying it was better than the book. 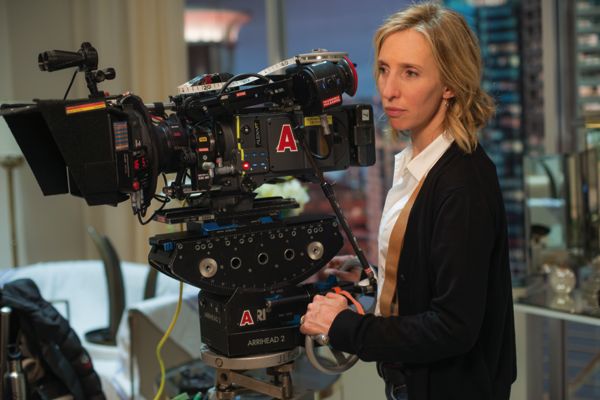 Dakota Johnson and Jamie Dornan have great chemistry, and you’re rooting for them to fall in love. Dakota’s Anastasia wasn’t mousy and innocent as the trailer leads you to believe. Her character is not so tragic and a victim, but someone who seems much more in control of the situation when she toys and teases Christian Grey. I will, say, however, there was too much lip-biting on her part, and she probably learned that from her mother Melanie Griffith, the expert at that.

On paper, Christian Grey sounds like a creep, but Jamie Dornan portrays the two sides of Christian Grey - the man that wants to be loved and the sadist that can’t help himself. He’s both fascinating and frightening at the same time. Frankly, I’m obsessed with Christian Grey too now. The interest in how all this will end certainly piqued my interest in reading the other novels in the trilogy. Although I would still never agree to be tied up even by a tormented billionaire. 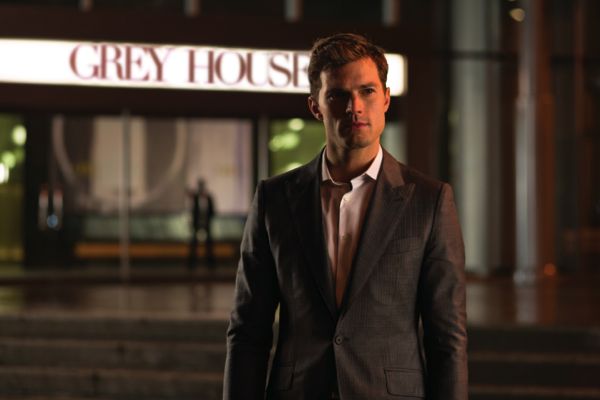