'Mad Max: Fury Road' is Full of Girl Power and So What

Anyone familiar with the Mad Max series knows George Miller often portrays women as strong characterS that partake in the road wars. In the first Mad Max movie, Max Rockatansky’s wife fights off the gang, which ultimately ends her life and that of their son. In Road Warrior, women also play a strong part in battles, and decisions. In Mad Max Beyond Thunderdome, Tina Turner is the evil queen running the show. So it’s no surprise that Mad Max steps aside for a female warrior to lead the charge.

The new road warrior is Imperator Furiosa played by Charlize Theron in George Miller’s MAD MAX: FURY ROAD. George Miller resurrected Mad Max with Tom Hardy taking over the iconic role, but it’s Charlize Theron who steals the show, and lives up to the title.  In MAD MAX: FURY ROAD. elite Imperator, Furiosa (Theron) drives her War Rig on another mission for the tyrannical Immortan Joe. However, she had taken his precious property in the form of his five wives which he uses to procreate. The Wives are played by Rosie Huntington-Whiteley (Transformers: Dark of the Moon) who is carrying Immortan Joe’s offspring, Zoe Kravitz (Insurgent series), Abbey Lee, Riley Keough (Magic Mike) and Courtney Eaton. They aren’t simply damsels in distress, but partake in getting away from their captor who is now chasing them with his band of War Boys. Huntington-Whiteley's character is a pregnant woman hanging off the side of the War Rig helping Furiosa and Mad Max.

Later in the story we meet Furiosa’s tribe which consists of all warrior women protecting their homeland - what’s left of it. They eventually join the fight against the Imperator.

The best part of Theron’s performance is how she handles playing a tough warrior while showing vulnerability. As Furiosa, she isn’t snarling a la Michelle Rodriguez or growling her displeasure, but flesh and blood human who bleeds. Like other female cinematic heroes (Linda Hamilton in Terminator, Sigourney Weaver as Ripley), Theron shares some of those qualities that made those performances so memorable. They are relatable because they do what they do out of necessity, not because they are some sort of super hero.

Tom Hardy doesn’t have much to do as Mad Max in Fury Road except play up the tormented Max who is forced to join the escape in order to free himself as well. That follows the previous movies in which Max is forced to join the cause for a need. It’s understandable that men are disappointed with Hardy’s limited role, but the character of Max has been played out so featuring Theron’s character breaks up the monotony.` 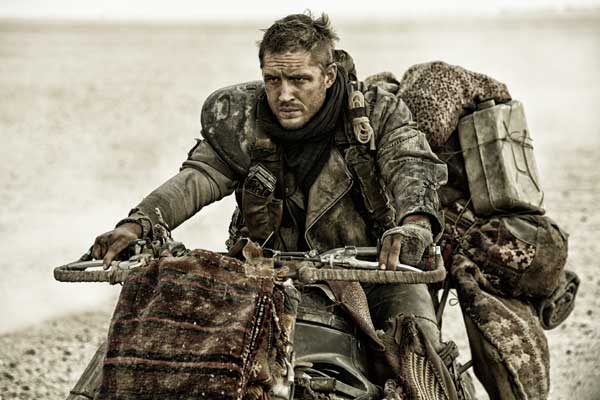 In response to one blogger who urged men to boycott the film because it’s not manly enough - he’s got some serious insecurities. Men and women alike should enjoy the film which is impressive not so much because of the story, but the intense action scenes and mind-blowing stunt work that leaves you thinking - how did they do that?  Ninety-five percent of the story takes place while driving which is an incredible feat for the 70-year-old director who hasn’t helmed an action movie since Thunderdome (1985).

Grant it there was slow moments in the film, but overall the ride proved worthy of taking.

'Mad Max: Fury Road' Star Charlize Theron Thankful She Wasn’t in a Push-Up Bra & Allowed To Be An Everyday Woman