Vampire Jerry played by Colin Farrell is trying to get an invitation into Charlie Brewster's (Anton Yelchin) home in this clip from FRIGHT NIGHT.

New This Friday: Rise of the Planet of the Apes Clip

The apes escape their captors and wreak havoc on San Francisco in this clip from RISE OF THE PLANET OF THE APES. 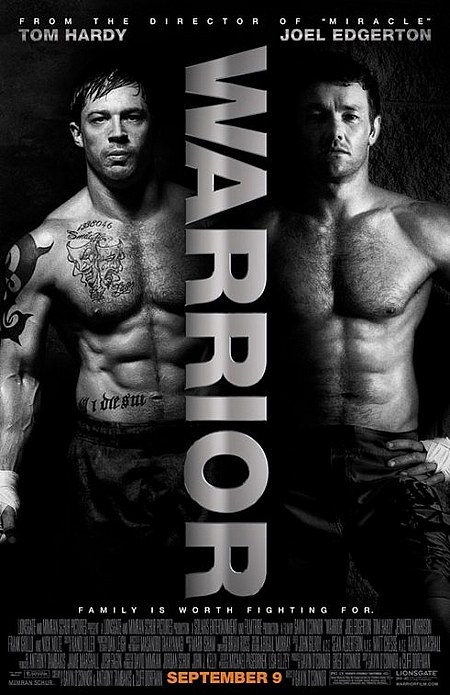 After breaking out in Christopher Nolan's Inception and starring in the upcoming The Dark Knight Rises, actor Tom Hardy is on the rise and headlining a new inspirational action drama WARRIOR, directed by Gavin O'Connor (Miracle).  WARRIOR, also starring Joel Edgerton (Animal Kingdom, Star Wars: Episode III), will also be accompanied by a coffee table book, The Men of Warrior, featuring photographs from the new film.

In WARRIOR, Tom Hardy is a Marine returning home for the first time in fourteen years to enlist the help of his father (Nick Nolte) to train for Sparta, the biggest winner-takes-all event in mixed martial arts history. A former wrestling prodigy, Tommy blazes a path toward the championship while his brother, Brendan (Edgerton), an ex-fighter-turned teacher, returns to the ring in a desperate bid to save his family from financial ruin.  But when Brendan’s unlikely, underdog rise sets him on a collision course with the unstoppable Tommy, the two brothers must finally confront each other and the forces that pulled them apart, facing off in the most soaring, soul stirring, and unforgettable climax that must be seen to be believed.


The Men Of Warrior coffee table shot by famed photographer Tim Palen book features stunning photographs of the actors and fighters featured in the film, including Tom Hardy, who also wrote the book’s foreword, Joel Edgerton, Erik Apple, Nate Marquardt, and Ron “RJ” Messenger.  In its pages, Hardy and Edgerton show off their hard-earned fighting bodies and bloodied upper lips, capturing the tough and dramatic world of WARRIOR in a series of iconic images, all of which are poster-worthy. The 128 page book will be on sale August 9, 2011, a month before the film's release on September 9, 2011.

John Carpenter's classic 1982 film THE THING inspires a prequel by the same name and by the looks of the new trailer to the 2011's THE THING, it doesn't stray far from the original premise.

Movie Clip: Aliens Invade The Hood in ATTACK OF THE BLOCK

When aliens crash land in a South London ghetto, the street kids take up arms to defend their neighborhood in a clip from ATTACK THE BLOCK.

Ryan Gosling puts the moves on Emma Stone in this clip from CRAZY, STUPID, LOVE but Emma's character is not interested in his cheesy pick-up lines.

AMAZING SPIDER-MAN star Andrew Garfield showed up in a Halloween Spiderman costume Friday and pretended to be a fanboy at Comic Con Friday.

Hugh Jackman and the stars of Twilight Saga: Breaking Dawn surprised fans at this year's Comic Con in San Diego.

Look out!  Here comes the Spider-Man. Andrew Garfield is THE AMAZING SPIDER-MAN in the teaser trailer just released by Sony Pictures.

New This Week: Harrison Ford and Daniel Craig Duke It Out In Cowboys & Aliens

Besides fighting off an alien invasion in COWBOYS & ALIENS, Harrison Ford and Daniel Craig are busy taking jabs at each other in this clip from the science fiction western.

Eva Longoria, Oscar Nunez, Kate Del Castillo, and Christian Slater star in the indie comedy WITHOUT MEN. Watch what happens when the men abandon their village and the women must fend for themselves in this red-band trailer preview. 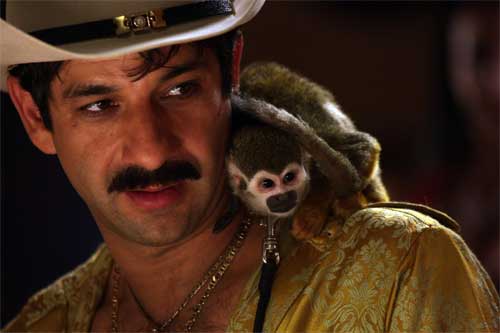 Mexican comedy SALVANDO AL SOLDADO PEREZ went on to become one of the highest grossing pictures in Mexican cinema history earlier this year. American audiences will now get to experience the film Mexican critics hailed as "one of the best films of the year" when it arrives in movie theaters in September.

VIDEO: Justin Timberlake and Mila Kunis Make A Deal in FRIENDS WITH BENEFITS

Justin Timberlake and Mila Kunis make a deal on an iPad Bible App to become FRIENDS WITH BENEFITS in a movie clip from the romantic comedy.