'Avatar: The Way of Water' Visual Effects - The VFX Problem Wētā Workshop Solved in the Sequel 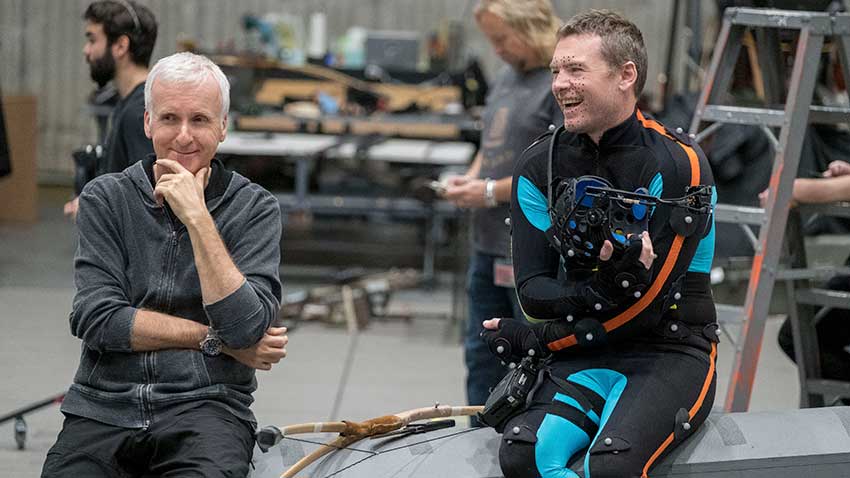 The visual effects team behind AVATAR made some groundbreaking advancements in performance capture in 2009, so the second go around in THE WAY OF WATER should’ve been a piece of cake. Wrong! The VFX team had all new challenges, and one nagging issue from the last film was improved thanks to Wētā Workshop, the special effects and prop company in New Zealand.

As the title suggests, the action in the AVATAR takes place primarily in water, but the technology has evolved since 2009 so the team wanted to improve their techniques specifically in the performance capture. Joe Letteri reveals even Cameron was surprised they weren't replicating the process. "Didn't we do this movie once?" Cameron asked Letteri. The Sr. VFX supervisor replied with a " because we like to." He clarified by saying, "we want it to be better." 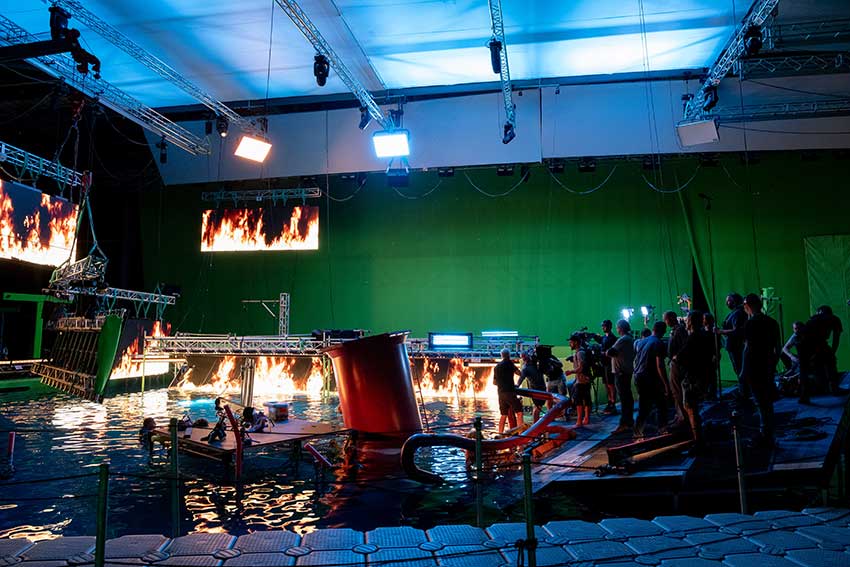 Some of the improvements, according to Letteri were the facial features of the characters and shooting more than two characters at a time in the Volume. Lightstorm's Richie Baneham reveals in the panel that they could do 18 live characters with props but can push it to 22. Cameron wanted them to add more but they advised him their system would crash.

CineMovie asked the panel what part of the process was easier the second time around. Below the team explains below and how Wētā came in to save the day.

Is there something that was easier the second time around that took time to work out on the first movie?

RICHIE: [laugh] The whole pipeline. [laugh] Again, having a basis for the pipeline, again off the first one, gave us a road map as to how to make the second movie in a lotta ways. And Joe touched on it, there's a couple things we really had to push, which was that the live action integration on the first movie, it was good. We understood that there was areas we could improve. We had a Simulcam, which allowed us to visualize live an image, a composited image through the eyepiece. But ultimately this time around, Wētā was able to solve depth compositing. So, we were able to not just composite into the eyepiece, but we could do it in layers, whereby at a pixel level, where a character could walk in front and behind. And whilst that doesn't seem like a big deal, it really helps from a compositional standpoint.

JON: Right. So, I describe it to people as what we were able to do in the first movie is put a weatherman in front of a screen. Now, we're able to walk that weatherman through the clouds and do everything that really affects how we shoot a scene.

RICHIE: And fundamentally as a cameraman, as a cinematographer, you shoot what you see. You know, you're telling the story through the vehicle, which is a camera. And that is your audience's way in, so it's important to keep the visual language alive. And it's one of the reasons, from a visual language standpoint, that we ground ourselves. I mean, we could, and Jon often says it, this could be a perfect artform because, you know, we get multiple bites of the cherry. But the truth is, if it's perfect, it doesn't feel real. The imperfections are what make it feel real. And I think employing, you know, visual language that we all understand and have grown up with and use for every other movie, it really helps to sell this as a world that exists. It scratches at the cortex and hopefully makes our audience feel like they were really there.

AVATAR: THE WAY OF WATER is now playing in movie theaters.