'The Office' Series Leaving Netflix For Peacock in 2021 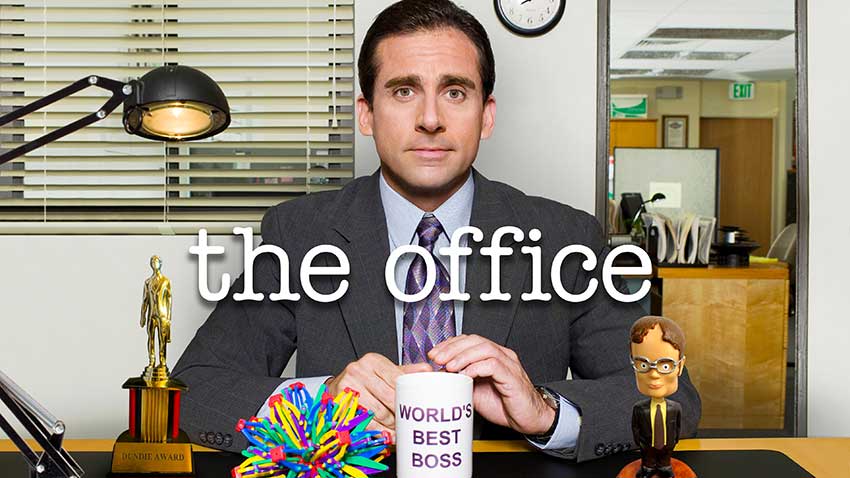 "The Office" gained even more popularity streaming on Netflix but now the show starring Steve Carell, John Krasinski, Rainn Wilson and Jenna Fisher is leaving the streaming platform and going back home to NBC's new streaming platform, Peacock. The news was announced in a creative manner via Dunder Mifflin letterhead. Every single episode of "The Office" USA will be made available along with tons of extras such as bloopers, deleted scenes, SuperFan episodes and more. Take a look at the hilarious Dunder Mifflin memo.

The move will happen on January 1, 2021. The question remains whether new die hard fans will follow the series to NBC's new streaming platform. No doubt NBC is hoping that new found audience will drive up subscriptions to Peacock. Only time will tell. 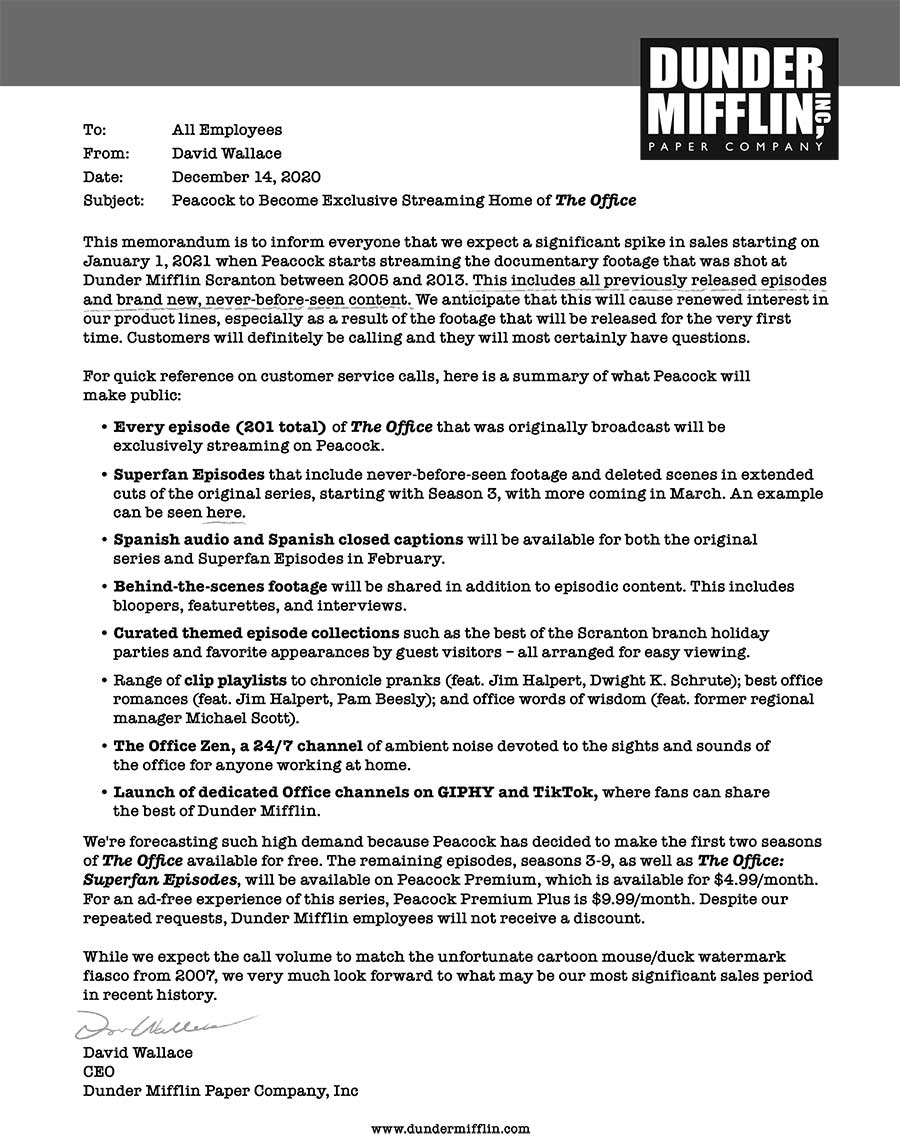