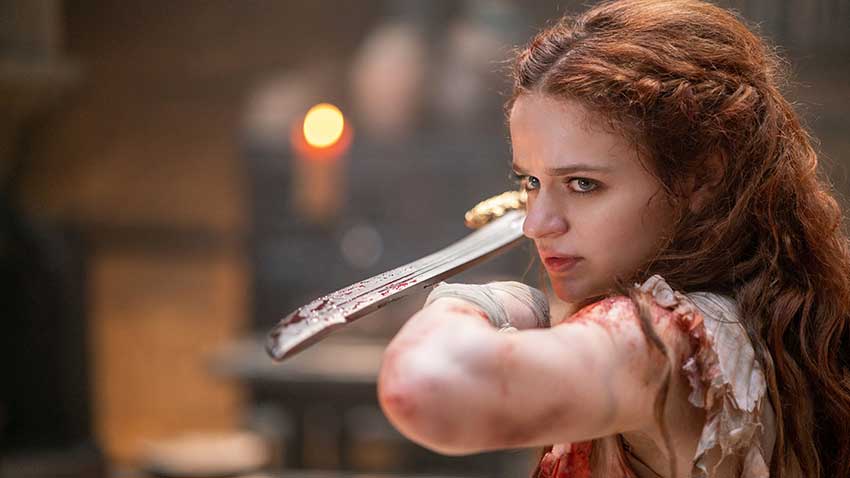 Joey King's THE PRINCESS will be getting a Hulu and Disney+ release this summer on July 1. Set in a fairy tale world, King's Princess character must save her father's kingdom from the man she was supposed to marry but refused. The original film from 20th Century Studios will stream exclusively on Disney’s direct-to-consumer platforms.

THE PRINCESS is directed by Le-Van Kiet (“Furie”) and stars Emmy Award® nominee Joey King (“The Act,” “The Kissing Booth”) as the skilled and formidable young royal in an action-packed fight to the death. It will debut this Summer as a Hulu Original in the U.S., Star+ in Latin America and Disney+ Under the Star Banner in all Other Territories.

Official Synopsis
When a beautiful, strong-willed princess refuses to wed the cruel sociopath to whom she is betrothed, she is kidnapped and locked in a remote tower of her father’s castle. With her scorned, vindictive suitor intent on taking her father’s throne, the princess must protect her family and save the kingdom. The film stars Joey King, Dominic Cooper (“Preacher”), Olga Kurylenko (“Black Widow”) and Veronica Ngo (“The Old Guard”). “The Princess” is directed by Le-Van Kiet, written by Ben Lustig (“The Thirst”) & Jake Thornton (“Final Fantasy”) and produced by Neal H. Moritz (the “Fast and Furious” franchise), Toby Jaffe (“Total Recall”) and Derek Kolstad (“John Wick”), with Joey King and Guy Riedel serving as executive producers.