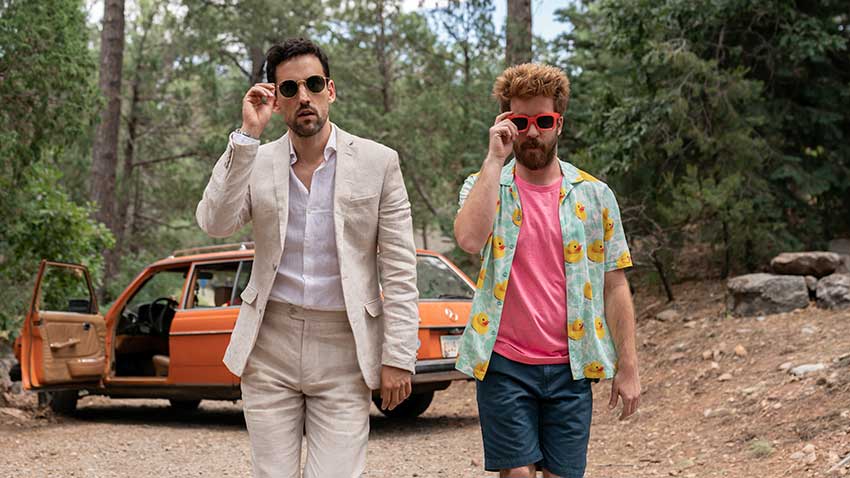 Luis Gerardo Méndez ("Club de Cuervos") has transitioned as a Mexican actor to Hollywood starring in 2019's CHARLIE'S ANGEL'S reboot with Kristen Stewart, and a role with Adam Sandler and Jennifer Aniston's Netflix film, MURDER MYSTERY. Now he's the lead and producer of HALF BROTHERS, a comedy about a Mexican business man who meets his crazy American half-brother for a road trip to discover the truth behind their father's life.

I had a chance to get a sneak peek at this dramedy so look out for our review.

HALF BROTHERS is set to release this holiday season

Story:
Renato, a successful Mexican aviation executive, is shocked to discover he has an American half-brother he never knew about, the free-spirited Asher. The two very different half-brothers are forced on a road journey together masterminded by their ailing father, tracing the path their father took as an immigrant from Mexico to the US.

Director: Luke Greenfield (“Let’s Be Cops,” “The Girl Next Door”)